WORLD Iran to examine downed plane's black boxes, no plan yet to send them abroad

Iran to examine downed plane's black boxes, no plan yet to send them abroad

Iran said on Sunday it was trying to analyze the black boxes of a Ukrainian airliner that its military shot down this month, denying a report that a decision had been made to send the voice and flight data recorders to Ukraine. 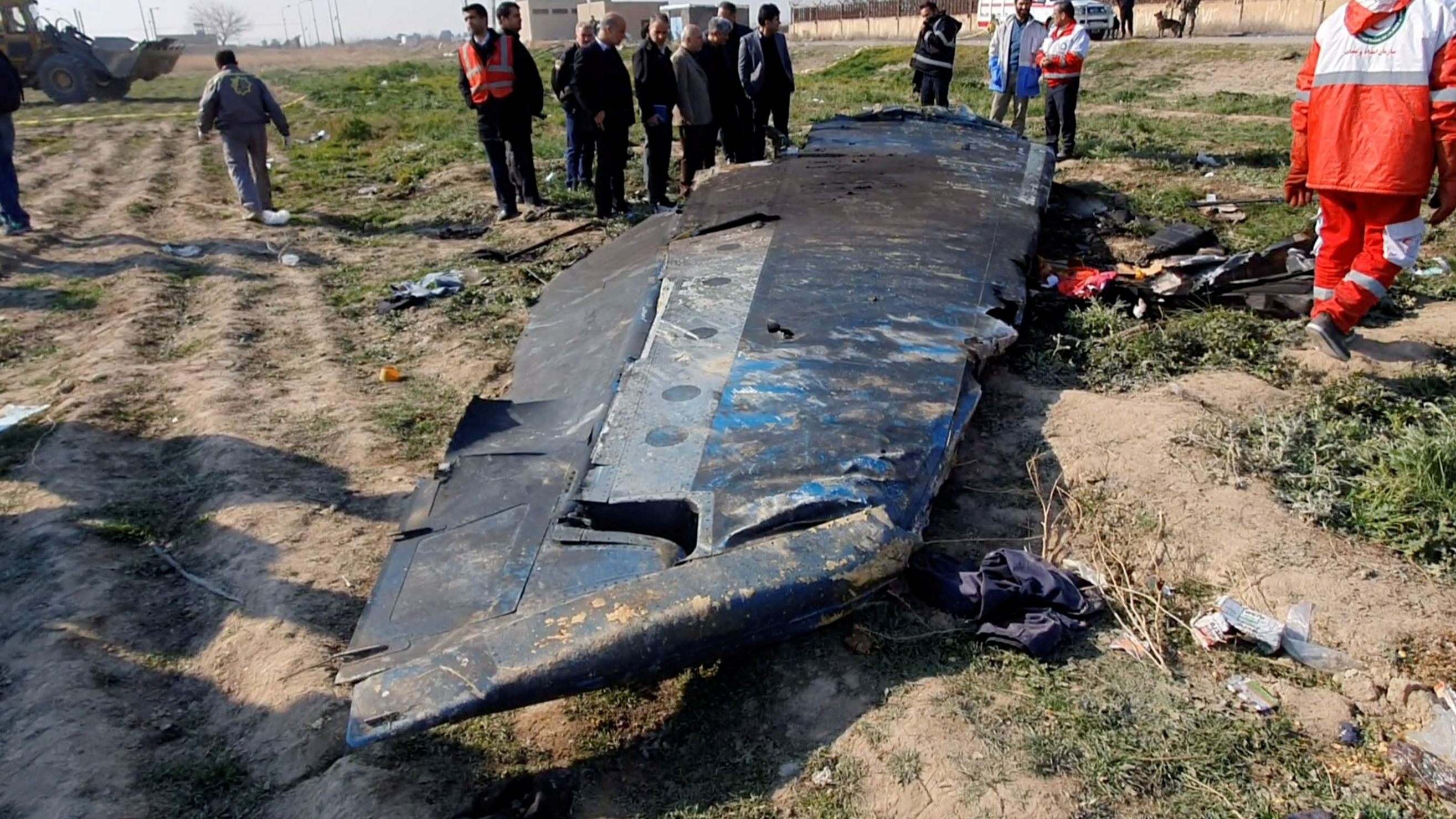 General view of the debris of the Ukraine International Airlines, flight PS752, Boeing 737-800 plane that crashed after take-off from Iran's Imam Khomeini airport, on the outskirts of Tehran, Iran, January 8, 2020. (Photo from CGTN)

"We are trying to read the black boxes here in Iran. Otherwise, our options are Ukraine and France, but no decision has been taken so far to send them to another country," Hassan Rezaifar, a director in charge of accident investigations at Iran's Civil Aviation Organization, told state news agency IRNA.

Rezaifar had been quoted by Iran's semi-official Tasnim news agency on Saturday saying the black boxes could not be decoded in Iran and would be sent to Ukraine after Kiev's repeated requests. IRNA also reported on Sunday that the official had made similar comments a day earlier.

It was not immediately clear what prompted Rezaifar to backtrack.

On January 8, the Ukrainian airliner crashed shortly after taking off from Tehran Imam Khomeini International Airport, killing all 176 people aboard. Days after the crash, Iran's armed forces admitted that the plane was "unintentionally" hit by Iran and "human error" was to blame.

The Boeing 737-800 was en route from Tehran to the Ukrainian capital. Most of those on board were Iranians or dual nationals.

Canada, which had 57 of its citizens killed aboard the plane, said on Sunday there were still no firm plans for downloading the recorders. Ottawa and other capitals have called for the black boxes to be sent abroad.

Canadian Foreign Minister Francois-Philippe Champagne said he wrote to his Iranian counterpart Mohammad Javad Zarif on Sunday to urge the boxes be sent quickly to Ukraine or France.

Canada's Transportation Safety Board said two of its investigators left Tehran on Sunday after a six-day visit during which they examined the wreckage.

Iranian investigators were "cooperative and helpful" but said there were still no firm plans on how and when the black boxes would be downloaded, it said in a statement.

Ukraine has previously said it expected the recorders to be handed over, while Canadian Prime Minister Justin Trudeau has said France was one of the few countries with the ability to read information on the recorders.

France's air accident agency BEA said on Saturday it was awaiting an official request for assistance.

The bodies of 11 Ukrainian victims were brought home on Sunday in a ceremony at Kiev airport. Ukrainian Foreign Minister Vadym Prystaiko said that "bereaved families and the whole nation have an opportunity to pay their respects."

The plane was brought down when the military was on high alert in the tense hours after Iran launched missiles at U.S. targets in Iraq. The strike was in response to the killing of a top Iranian commander in a U.S. drone strike on January 3 in Baghdad.

Iranian President Hassan Rouhani has called the downing an "unforgivable error" and promised to hold those responsible to account. The Revolutionary Guards also issued profuse apologies as protesters raged against the Guards and the clerical system that the elite force was set up to protect.

The Islamic Republic's supreme leader, Ayatollah Ali Khamenei, said on Friday that "some tried to use it as an excuse to overshadow the martyrdom of our great commander" Qasem Soleimani, the powerful general killed in the U.S. strike.

The death of Soleimani, portrayed as a national hero at home but seen as a dangerous enemy in the West, led to huge mourning ceremonies in Iran, followed just a few days later by angry protests over the plane disaster.

Tension between Tehran and Washington has escalated since 2018, when the United States withdrew from Iran's nuclear pact with world powers and reimposed sanctions.