WORLD Iran to launch its own submarine by 2019

Iran to launch its own submarine by 2019 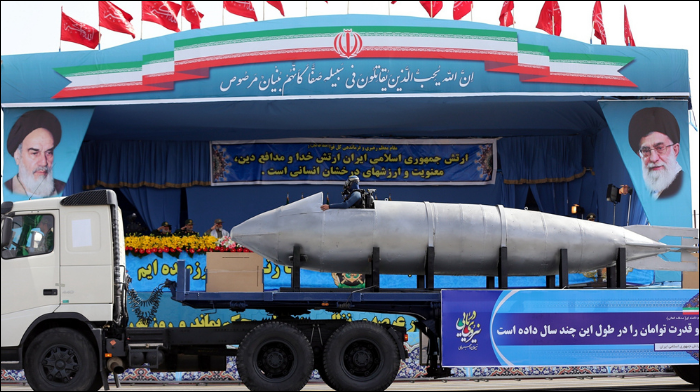 A truck carries a submarine as a member of Iranian Naval forces sitting on it, past President Hassan Rouhani and military commanders during the Army Day parade in Tehran, Iran, April 18, 2015. (Photo: VCG)

Iran's navy commander said that the country's homegrown submarine will be launched by March 2019, the Tasnim news agency reported on Saturday.

The manufacturing process of the Fateh (Conqueror) has already finished and the submarine is now undergoing laboratory and field tests, Navy Commander Hossein Khanzadi told Tasnim.

Iran is also planning to manufacture a second, upgraded version of the military watercraft, said Khanzadi.

The second version of the Fateh will be much better, he said, adding that the Iranian submarines will serve as a "powerful subsurface fleet" in Iran's southern waters for effective deterrence purposes.

The fact that Iran has the technical know-how to manufacture submarines indicates that the country has no limitations in producing other military equipment, he stressed.