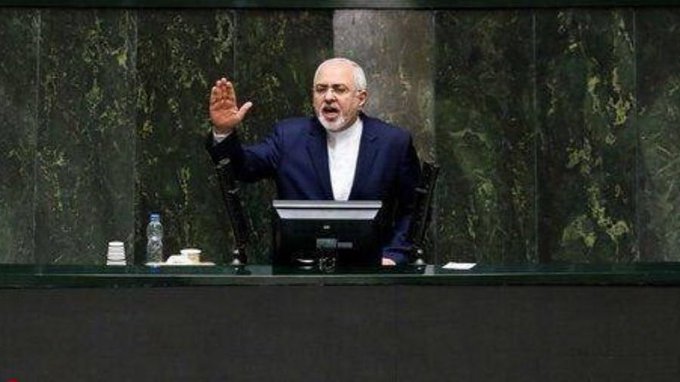 TEHRAN, Jan. 20 (Xinhua) -- Iranian Foreign Minister Mohammad Javad Zarif said Monday that the Islamic republic will leave the Non-Proliferation Treaty (NPT) in case the nuclear case of the country is sent to the UN Security Council.

"If the Europeans continue their unjustifiable behavior or send Iran's nuclear dossier to the UN Security Council, Iran will leave the NPT," Zarif was quoted as saying by official IRNA news agency.

The remarks by the Iranian foreign minister followed the last week move of the three European countries of Britain, France and German as they announced they had taken a step to trigger the dispute mechanism with Iran in response to Tehran's back-off the nuclear commitments over the past months.

In Nov. 2018, Iran informed Europeans that following the exit of the United States from the Iranian 2015 landmark nuclear deal, Iran triggered the dispute mechanism and concluded it, said Zarif.

Therefore, "the Europeans move (to re-trigger the mechanism) is by no means legal," Zarif added.

The Iranian foreign minister stressed that "in case the Europeans try to do another measure, Iran will consider the quit of the NPT."

Under the 2015 nuclear deal, also known as the Joint Comprehensive Plan of Action (JCPOA), Iran agreed to put limits on its nuclear activities in exchange for the termination of western and UN sanctions. However, U.S. President Donald Trump pulled Washington out of the deal in May 2018 and slapped old and new sanctions against Iran.

Trump urged for new deal with the aim of more limits in Iran's nuclear program.

Iran dismissed the U.S. calls and, since May 2019, started to reduce commitments to the accord and recently announced that its had given up all the "practical measures" pertaining to the JCPOA.

Presently, Iran is only bound to the IAEA's supervisory measures enshrined by the NPT which Tehran accepted to undertake in 2015.

On Monday, Zarif noted that Iran will re-embrace its nuclear commitments if the Europeans honor their own obligations and help Iran reap economic interests that the nuclear deal safeguarded.