WORLD Iran to produce up to 9 kg of 20 pct enriched uranium per month: nuke chief

Iran to produce up to 9 kg of 20 pct enriched uranium per month: nuke chief

TEHRAN, Jan. 5 (Xinhua) -- Iran will produce up to 9 kg of enriched uranium with the purity of 20 percent per month, the head of Atomic Energy Organization of Iran (AEOI), Ali Akbar Salehi, announced on Tuesday. 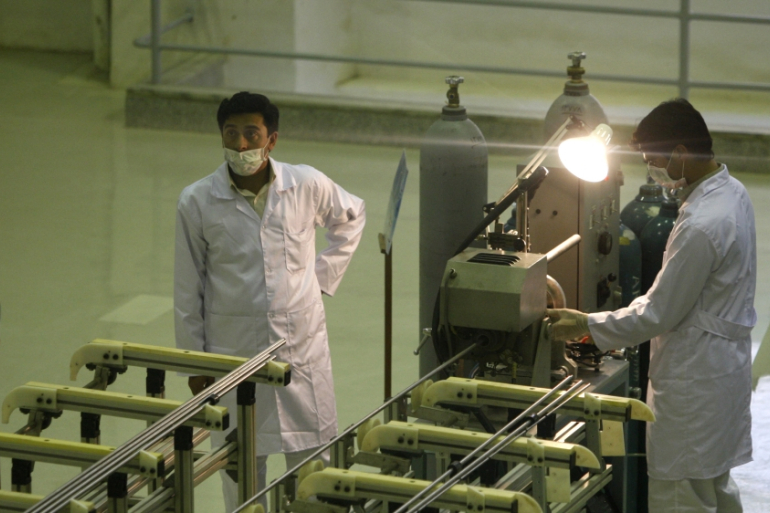 "At present, we produce 17 to 20 grams of 20 percent (enriched) uranium every hour. We have a production capacity of 8 to 9 kilograms per month to reach the 120 kilograms limit provided by law," Salehi was quoted as saying by the official IRNA news agency.

The 20-percent uranium enrichment process was launched on Monday as part of Iran's Strategic Action Plan to Counter Sanctions which was approved by the parliament in December 2020.

"Extensive activities are underway in the AEOI, including the construction of two nuclear power plants in Bushehr (in south of Iran). These are the two largest industrial projects in the country with a cost of about 10 billion U.S. dollars," Salehi was quoted as saying.

"Besides, until four years ago we produced an average of four to five tonnes of yellow cake (annually)...and this year it will be increased to 35 to 40 tonnes which is eightfold" compared to four years ago, he noted.