Iran will resume enriching uranium at its Fordow nuclear site if the Iranian nuclear deal collapses, spokesperson for the Atomic Energy Organization of Iran (AEOI) said on Thursday. 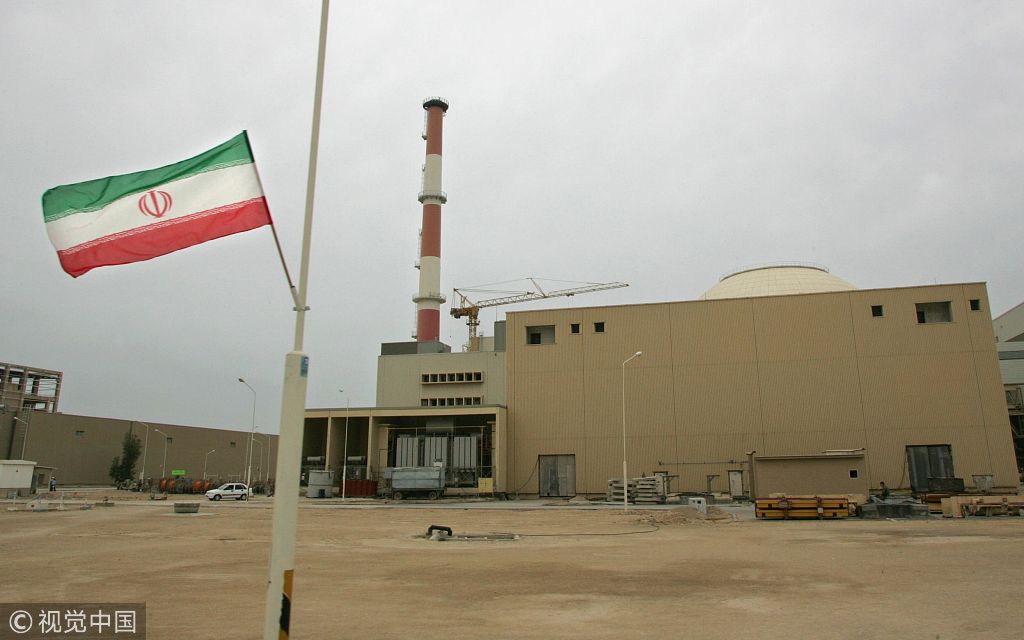 Iran said on June 5, 2018 it has launched a plan to boost uranium enrichment capacity with new centrifuges, raising the pressure on European diplomats scrambling to rescue the crumbling nuclear deal after Washington pulled out. This VCG photo shows the exterior of Iran's Bushehr nuclear power plant.

Behrouz Kamalvandi said the enrichment activities at Fordow nuclear facility will be restored at the discretion of senior Iranian officials in case the deal, known as the Joint Comprehensive Plan of Action (JCPOA), falls apart, according to Tasnim news agency.

Prior to 2015 nuclear deal between Iran and the six world powers, the underground bunker of Fordow in central Iran was used for 20 percent uranium enrichment.

Based on the deal, the Islamic republic stopped enrichment activities in Fordow and turned it into a research center.

Iran is currently holding talks with European Union to protect the JCPOA against the U.S. administration's threats.