Iran to test-fire missiles 'if necessary' 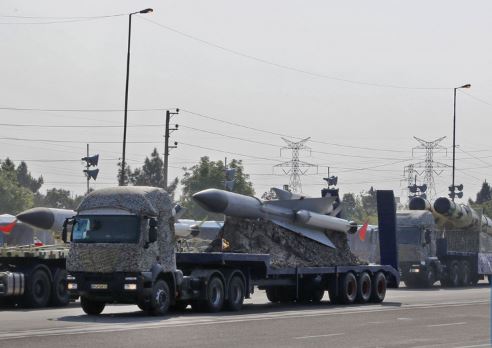 An Iranian military truck carries part of surface-to-air missiles during a parade on the occasion of the country's annual army day on April 18, 2018, in Tehran. (File photo: AFP)

"Carrying out missile tests by Iran is based on Iran's program and needs," the source was quoted as saying. He said that Iran's missile power is "quite defensive" and not against any country.

"It is merely aimed at responding to possible aggression against Iran's territorial integrity," the source added.

The remarks by the Iranian military source came as a reaction to a recent US report that Iran test-fired a medium-range missile on Wednesday.

"Iran does not need the permission of any power in the world for its self-defense," the Iranian military source stressed.

US President Donald Trump pulled Washington out of the 2015 Iranian international nuclear deal in May 2018 and re-imposed sanctions against Tehran, partially, over its ballistic missile program.