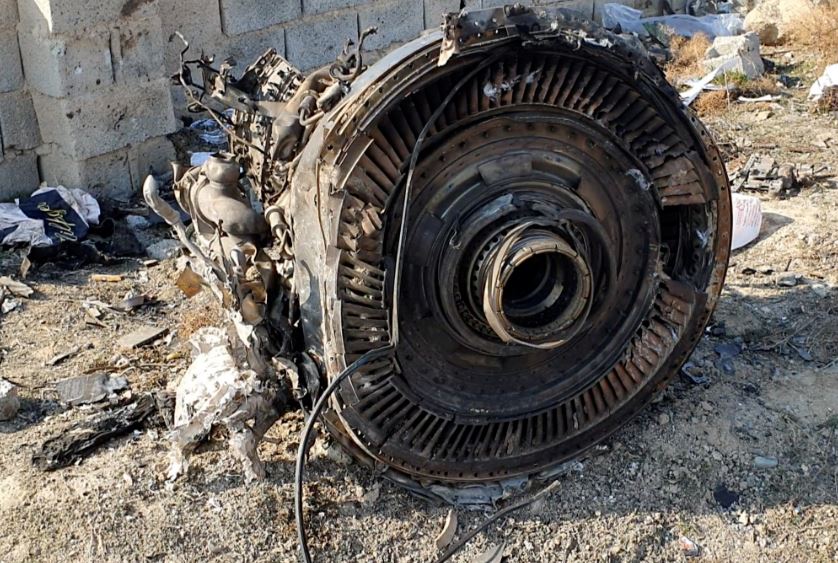 General view of the debris of the Ukraine International Airlines, flight PS752, Boeing 737-800 plane that crashed after take-off from Iran's Imam Khomeini airport, on the outskirts of Tehran, Iran January 8, 2020. (Photo: VCG)

Iranian Minister of Road and Urban Development Mohammad Eslami said on Saturday that Iran and Ukraine are jointly investigating the black box of the downed Ukrainian plane in Iran, Tehran Times daily reported.

The aircraft accident investigating board of Iranian and Ukrainian experts is investigating the black box according to standards of International Civil Aviation Organization (ICAO), Eslami was quoted as saying.

"If the examination team cannot decipher the data, another decision will be made," he added, without elaboration.

On Jan. 22, the Iranian minister ruled out handing over the black box of the crashed Ukrainian plane to other countries for decoding.

On Jan. 8, the Ukrainian Boeing 737-800 aircraft flying from Tehran to Kiev crashed near Tehran's Imam Khomeini International Airport, killing all 176 passengers and crew members on board.

Later, Iran's armed forces confirmed that an "unintentional" launch of a military missile shot down the Ukrainian airliner.