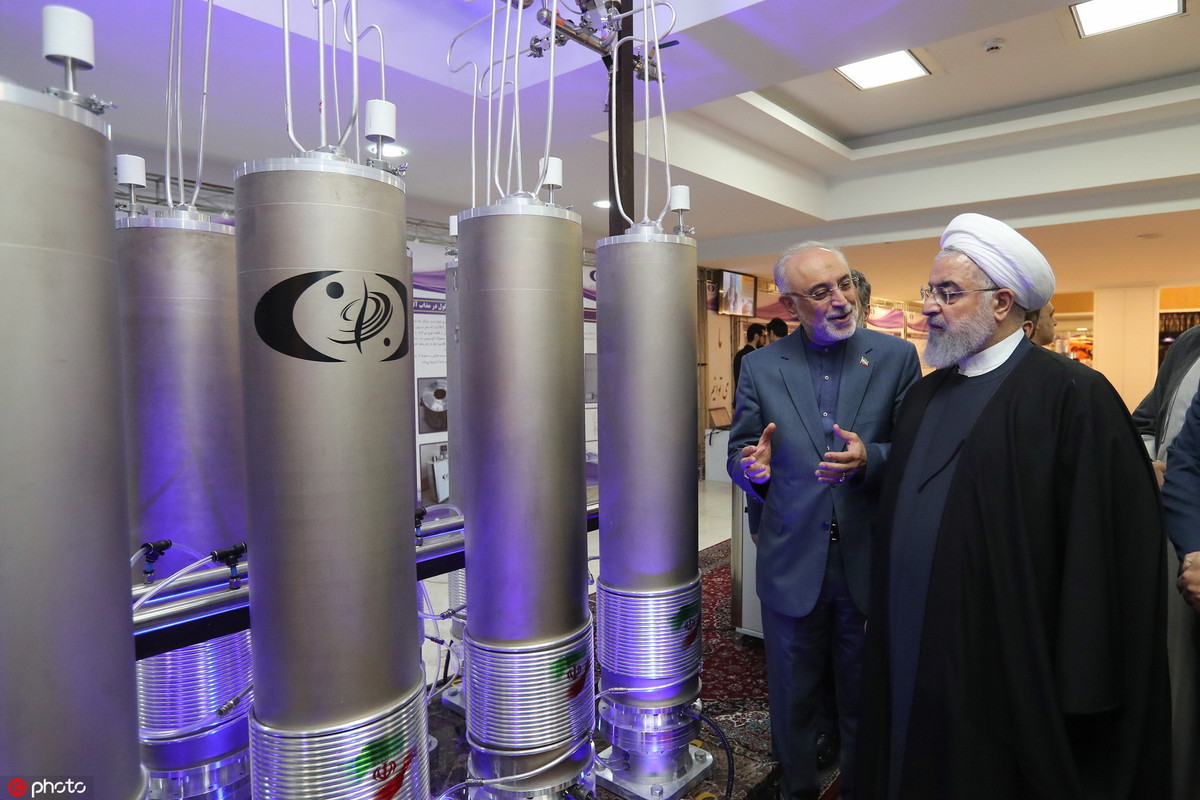 During the ceremony, Ali Akbar Salehi, head of the Atomic Energy Organization of Iran, hailed the achievements of Iranian scientists and experts in the field of peaceful nuclear technology.

A total 60 IR-6 centrifuges are currently spinning in the Natanz site in central Iran, Salehi was quoted as saying.

SWU is the standard measure of the effort required to separate isotopes of uranium during an enrichment process. One SWU is equivalent to one kg of separative work.

Iran's daily output of low-grade enriched uranium exceeds five kg at present, up from about 450 grams two months ago when Iran announced the third step to reduce its commitments under the 2015 landmark nuclear deal, Salehi noted.

Iran started up advanced centrifuges to boost the country's stockpile of enriched uranium on Sept. 7, when Salehi said Iran's move to drop limitations on its R&D will hike the enrichment of uranium to a level of 1,000,000 SWUs.

Since May, Iran has been breaking away with the restrictions, set by the nuclear accord, on the stockpile of its low-grade enriched uranium and its concentration, in a response to the U.S. exit from the international deal last year.