Iran urges EU to set up legal entity to counter US Nov. 4 sanctions 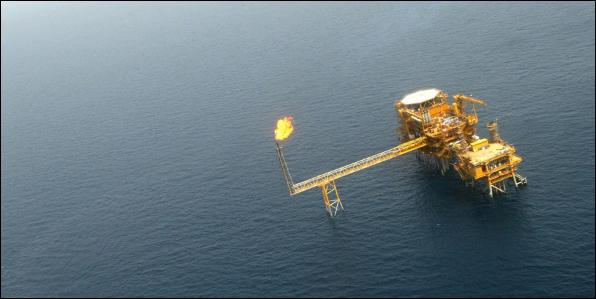 This photo taken on May 16, 2004 shows an arial view of Iran's Balal offshore oil platform in the Gulf waters. (AFP File photo)

"Europeans know about our view that by Nov. 4, at least, part of their mechanisms (legal entity) should come into force," Tasnim quoted Abbas Araqchi as saying.

The EU should set up a payment system to allow foreign oil companies and businesses to continue trading with Iran while evading the US sanctions, he noted.

On Sept. 24, Federica Mogherini, the EU foreign and security policy chief, said the European bloc would set up a legal entity to facilitate legitimate financial transactions with Iran after the US withdrawal from the international Iranian nuclear deal and re-imposition of sanctions on the Islamic republic.

The legal entity would allow European companies to continue to trade with Iran in accordance with EU law and could be open to other partners in the world, Mogherini explained.

These initiatives were aimed at preserving the Iranian nuclear deal, which was in the interests of the international community, she added.

After the US withdrawal from the Iranian nuclear deal in May, the remaining parties including the EU have been trying to keep the deal afloat.

US President Donald Trump has vowed to re-impose oil and banking sanctions on Iran, which were lifted under the 2015 international nuclear deal.