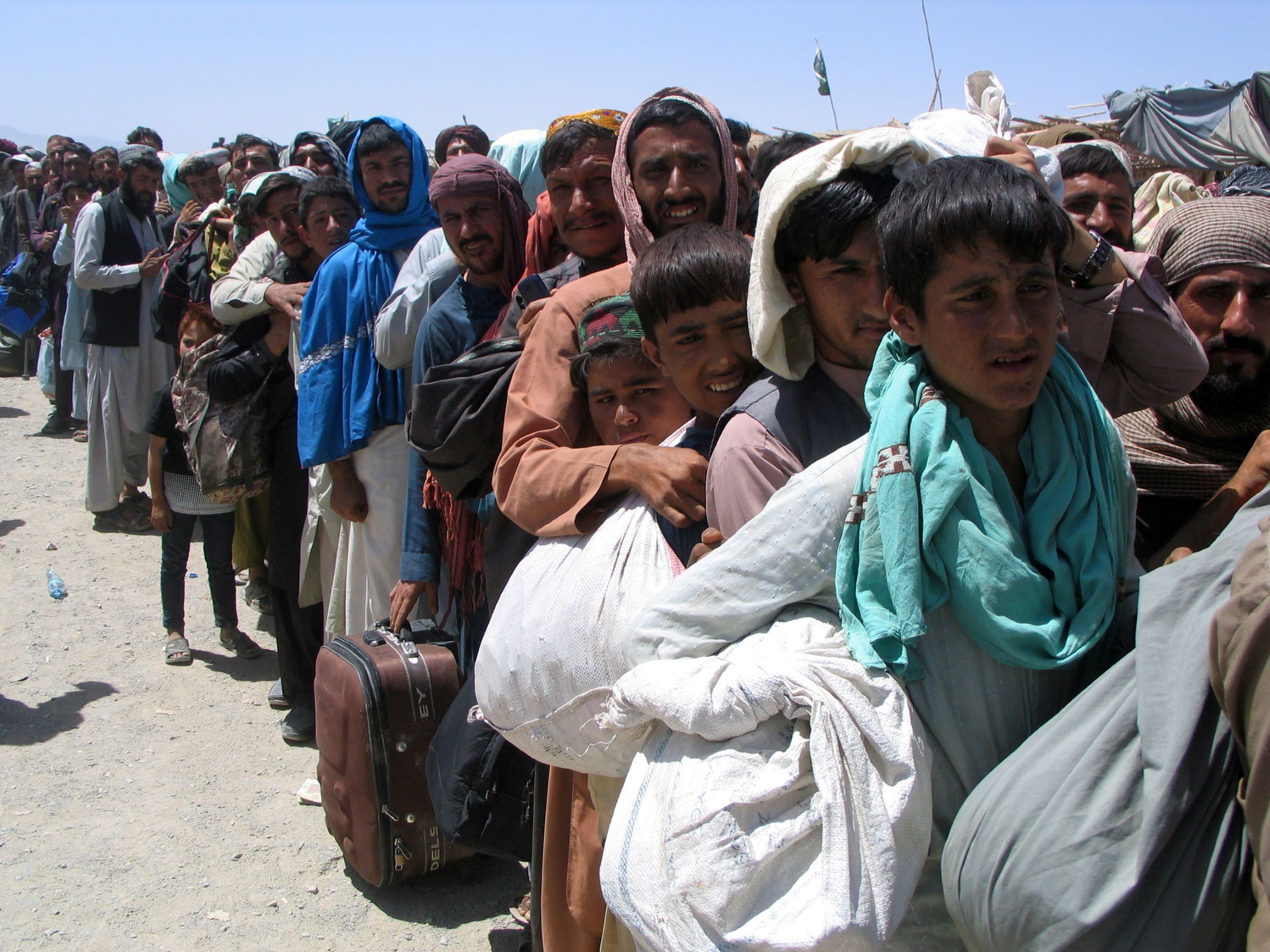 TEHRAN, Aug. 16 (Xinhua) -- Iranian Foreign Ministry on Monday called the international community to help the displaced Afghans as a result of the current situation in Afghanistan, and welcomed the establishment of a coordination council to ensure a "peaceful transfer of power."

"We hope the international community and the responsible bodies will pay serious attention to this issue, and especially in the context of the COVID-19 outbreak, will hasten to their inherent duties to help these displaced persons without delay," Iranian Foreign Ministry Spokesperson Saeed Khatibzadeh was quoted by the ministry's website as saying in response to questions from reporters.

Khatibzadeh voiced Iran's support to inter-Afghan dialogue as a means to settle problems in Afghanistan, and insisted on Tehran's support for a "peaceful transfer of power" through a coordination council of Afghanistan's major leaders.

The Iranian Foreign Ministry is in contact with all parties in the Afghan issue, and also with its diplomatic staff of Iran's embassy in Kabul, as well as its consulate in the western Afghan city of Herat, he added.

Meanwhile, Hossein Ghassemi, director-general of border affairs at Iran's Interior Ministry, said in an interview with official news agency IRNA that temporary accommodation has been prepared for Afghan refugees in all three Iranian provinces neighboring Afghanistan.

On Sunday, Iranian Foreign Minister Mohammad Javad Zarif already welcomed the forming of an Afghan coordination council, as announced by former Afghan President Hamid Karzai, hoping it can "lead to dialogue and a peaceful transition in Afghanistan."

Also on Sunday, Afghan President Mohammad Ashraf Ghani confirmed he had left Afghanistan, as Taliban forces entered Kabul and announced they had taken control of the presidential palace.