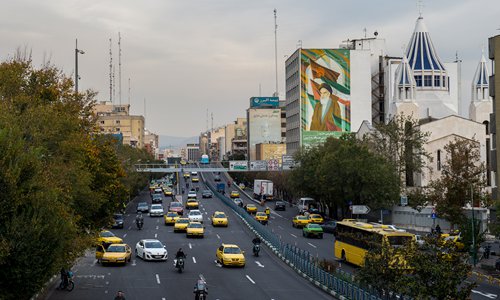 The spokesman for Atomic Energy Organization of Iran (AEOI), Behrooz Kamalvandi, on Sunday urged the signatories to the landmark Iranian 2015 nuclear deal to take steps to protect Iran's nuclear interests.

"Iran will continue to reduce its (nuclear) commitments" if the remaining parties to the deal do not help Iran benefit from the deal, Kamalvandi was quoted as saying by official IRNA news agency.

He said that Iran's drop of parts of its commitments subject to the deal, also known as Joint Comprehensive Plan of Action (JCPOA), has been a reaction to the US unilateral withdrawal from the accord last year.

In case Iran's interests are met, "Iran is ready to re-embrace its commitments," Kamalvandi said at the opening ceremony of training courses for nuclear rights in the capital Tehran on Sunday.

If no measures is done to protect Iran's nuclear interests, "Iran's next steps (to reduce further commitments) are coming," he stressed according to IRNA.

He said that the AEOI is responsible for implementing the drop of nuclear commitments "precisely and completely until we achieve a desired outcome."

As a reaction to Washington's withdrawal from the JCPOA in 2018 and its subsequent sanctions on Tehran and in a response to Europe's sluggishness to save Iran's interests under the deal, Iran started withdrawal from its nuclear commitments in May.

Since then, Iran has made moves to build stockpiles of nuclear fuel and enrich low-grade uranium to a higher level of purity, and has started up advanced centrifuges to boost the country's stockpile of enriched uranium, which had been restricted by the JCPOA.