WORLD Iran vows to defeat US through 'unity, resistance'

Iran vows to defeat US through 'unity, resistance' 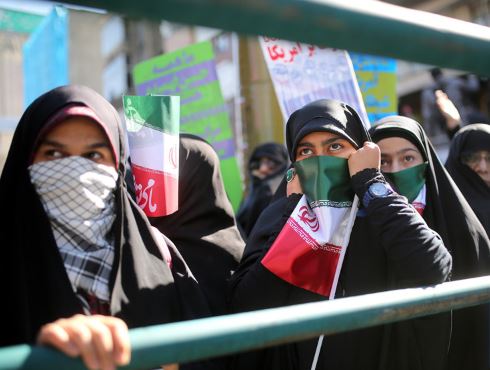 "We should solidify our unity and strengthen hope in (the Iranian) society," Rouhani was quoted as saying.

The United States aims to "disappoint the Iranians and sow discord between the people and the government by exerting the sanction pressures," he said.

The president stressed that the United States seeks to lower Iran's oil income, and has targeted Iran's independence and sovereignty through economic pressures.

"We have to increase our hard currency income and cut our currency expenditures," he added. "We have no other way but to unite and resist."

The 180-day US waivers for major importers of Iran's oil formally expired on Thursday, announced by the White House, which aggravates the impacts of tough pressures on Iran.

Last May, US President Donald Trump announced the US withdrawal from the JCPOA, an Iran international nuclear deal signed in 2015.

Following the withdrawal, Trump's administration returned the sanctions on Iran's oil exports in November, which had been lifted under the JCPOA.

Iran has vowed to bypass the US sanctions and continue to export its oil.