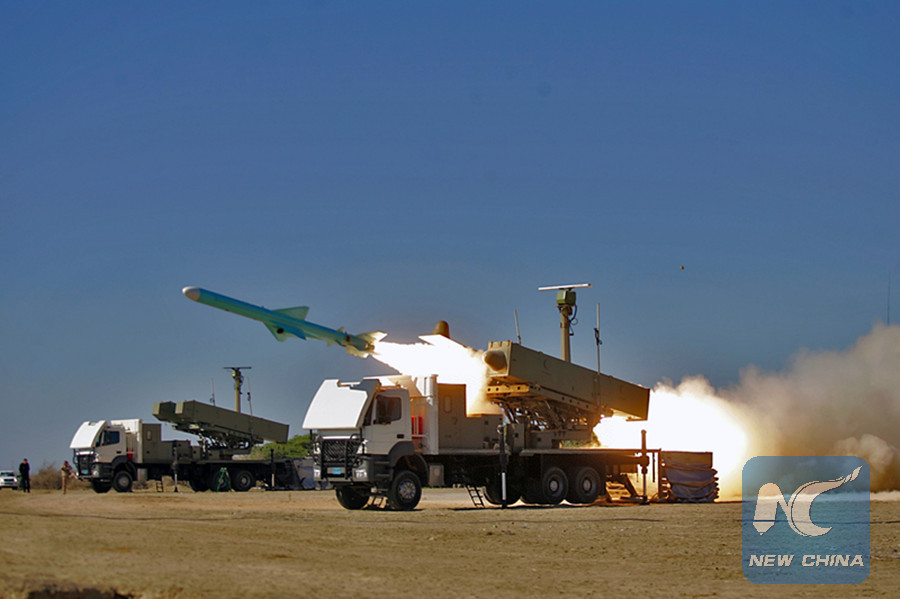 In this file photo, a missile is launched during an Iranian naval drill from the coastline of the sea of Oman in southern Iran on Jan. 1, 2013. (File Photo: Xinhua)

Despite all restrictions and problems, significant progress has been made in Iran's defense industry in the current Iranian calendar year ending March 20, said Hatami in a gathering of the Defense Ministry's high-ranking officials in the capital Tehran, Tasnim news agency reported.

"In the fields of defense and missile power ... we will continue moving toward great objectives with all our power," he added.

His remarks came amid the call of the West for a halt in Iran's ballistic missile program.