Iran vows to overcome US sanctions after termination of amity treaty 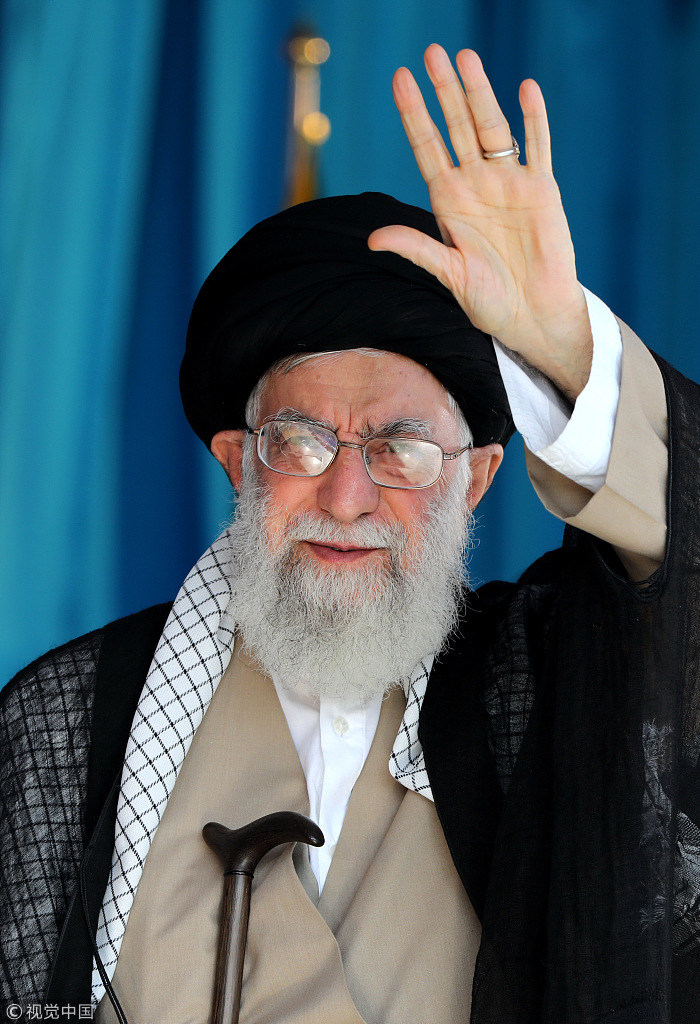 The US revival of sanctions is aimed to make the Iranians surrender to the US will, but "Iran's national economy is stronger than US sanctions," Khamenei said in his address to Basij (volunteer) forces and senior Iranian military officials at the Azadi Stadium in the capital Tehran.

This will be another "slap on the face of the United States," he warned.

The Iranian top leader called for the unity among all Iranians in the face of the "enemy's plots," saying "if the enemy sees the unity, power and determination, it will retreat."

On Wednesday, the Hague-based International Court of Justice issued a verdict against US unilateral sanctions on Iran, following US withdrawal from the 2015 Iranian nuclear deal.

It also ordered that the United States must lift sanctions on "medicines and medical devices, food and agricultural commodities" and on spare parts necessary for the safety of civil aviation imposed against Iran.

In response, US Secretary of State Mike Pompeo said on Wednesday that the United States terminated the 1955 Treaty of Amity with Iran.

The treaty once helped establish economic relations and consular rights between the United States and Iran.

Iran's Foreign Minister Mohammad Javad Zarif slammed the US government for quitting the treaty, saying Washington once again proved its reputation as an "outlaw regime" by quitting another international accord.