WORLD Iran vows to safeguard its right to export oil

Iran vows to safeguard its right to export oil 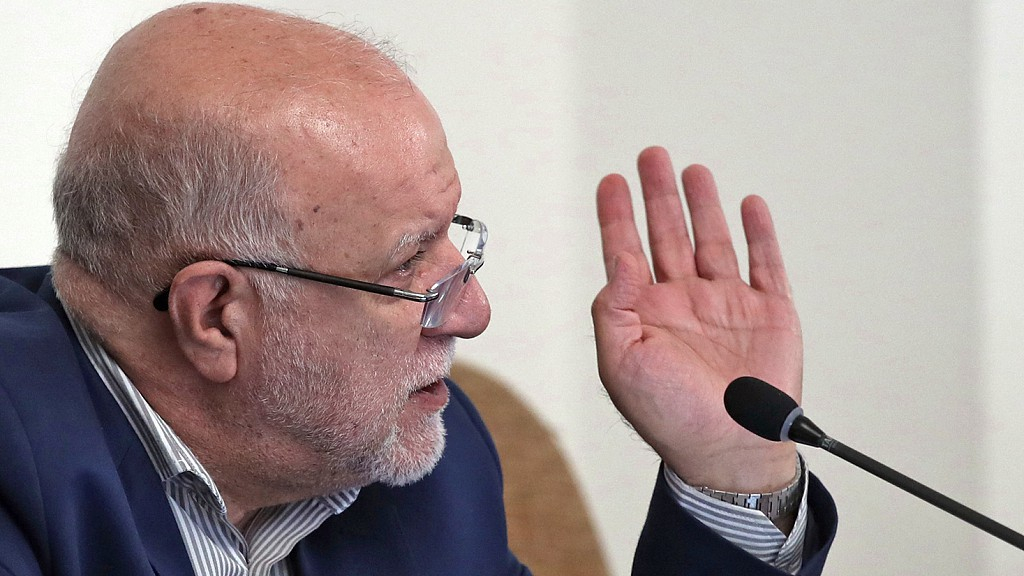 Iran will use every possible way to export its oil, the Iranian Oil Ministry's website SHANA quoted Oil Minister Bijan Zanganeh as saying on Sunday, adding that exporting crude was the country's legitimate right.
"We will use every possible way to export our oil and we will not succumb to America's pressure because exporting oil is Iran's legitimate right," Zanganeh said.
Iran's crude oil exports were cut by more than 80 percent when the United States reimposed sanctions after President Donald Trump exited the Iran nuclear deal last year.
In response, Iran has gradually scaled back its commitments to the 2015 deal, under which Tehran agreed to curb its nuclear activities in return for lifting most international sanctions.
Iran's Atomic Energy Organization (AEOI) reiterated on Sunday that the country would reduce its commitments under the deal further if the European parties to the pact did not meet promises to shield Iran's economy from U.S. sanctions.
"Iran will continue to reduce its (nuclear) commitments" if the remaining parties to the deal do not help Iran benefit from the deal, spokesman Behrooz Kamalvandi, was quoted as saying by official IRNA news agency. 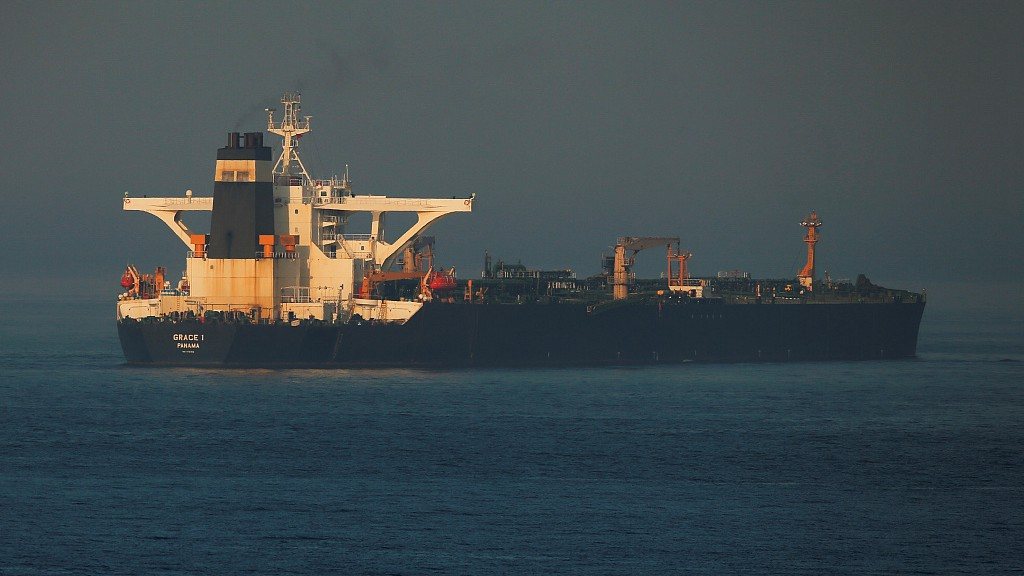 Iranian oil tanker Grace 1 sits anchored after it was seized in July by British Royal Marines off the coast of the British Mediterranean territory on suspicion of violating sanctions against Syria, in the Strait of Gibraltar, southern Spain, August 13, 2019.

He said that Iran's drop of parts of its commitments subject to the deal, also known as Joint Comprehensive Plan of Action (JCPOA), has been a reaction to the U.S. unilateral withdrawal from the accord.
In case Iran's interests are met, "Iran is ready to re-embrace its commitments," Kamalvandi said at the opening ceremony of training courses for nuclear rights in the capital Tehran on Sunday.
If no measures are taken to protect Iran's nuclear interests, "Iran's next steps (to reduce further commitments) are coming," he stressed, according to IRNA.
"We will go ahead with our plans to decrease our commitments to the nuclear deal if other parties fail to keep their promises."
Iranian Supreme Leader Ayatollah Ali Khamenei said Wednesday that the Islamic republic will continue the reduction of its nuclear commitments "seriously."
He said that the AEOI is responsible for implementing the drop of nuclear commitments "precisely and completely until we achieve a desired outcome."
As a reaction to Washington's withdrawal from the JCPOA in 2018 and its subsequent sanctions on Tehran and in a response to Europe's sluggishness to save Iran's interests under the deal, Iran started withdrawal from its nuclear commitments in May.
Since then, the country has made moves to build stockpiles of nuclear fuel and enrich low-grade uranium to a higher level of purity, and has started up advanced centrifuges to boost the country's stockpile of enriched uranium, which had been restricted by the JCPOA.

Chinese State Councilor and Foreign Minister Wang Yi called on all relevant parties to increase their urgency and make an all-out effort to push for a political and diplomatic settlement on the Iranian nuclear issue during the UN General Assembly last month.
He said extreme pressure from the United States on Iran has led to Iran's nuclear crisis, and leaving the situation unchecked will trigger even bigger crises. In order to solve the crisis, Wang said the parties involved should uphold the fundamental principles of multilateralism.