Iran warns against regional 'security threats' by US, Israel: DM 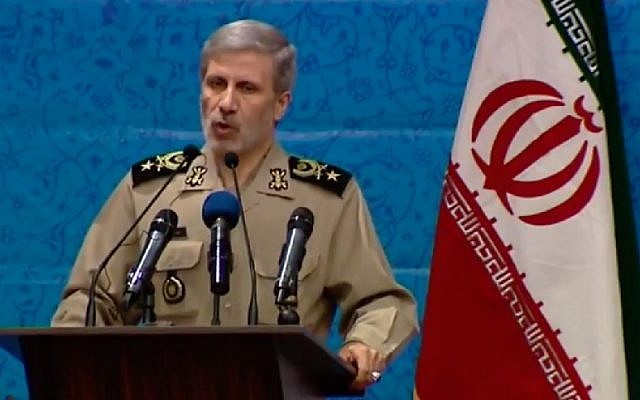 TEHRAN, Jan. 7 (Xinhua) -- Iran will not remain silent in the face of the US and Israel's threats and their continued hostilities against the Islamic Republic, Iranian Defense Minister Amir Hatami said here on Monday.

Iran will neither keep silence over Israel and their supporters' attack on the country's cyber infrastructures, Hatami made the remarks in an international conference titled "Defense and Security in West Asia" in the capital Tehran on Monday.

The Iranian minister criticized the U.S.' withdrawal from Iran's 2015 international nuclear deal, saying that Washington seeks to undermine the sovereignty of independent countries.

Ali Shamkhani, the secretary of Iran's Supreme National Security Council, also told the conference on the same day that "the U.S. troops have no choice but to leave the region."

"The U.S. crimes have been carved in the minds of regional people," Shamkhani said.

Washington suffered a strategic defeat in Syria, he said, adding that the Americans did not accomplish any of their security pledges in Afghanistan either.

The United States has no choice but to ultimately leave the whole region, the Iranian security official said.

Likewise, "in the future, they (the U.S. forces) will be forced to leave the Gulf region," Shamkhani stressed.

The security conference in Tehran on Monday was attended by senior Iranian military commanders and security officials as well as the security figures from 40 countries, including Iraq, Syria, Afghanistan, Turkey, Russia, France, China, Italy and Venezuela.