Tehran cited its own experience in offering the advice to Kim a month after Washington withdrew from a similar deal with Iran.

Trump and Kim pledged at a meeting in Singapore on Tuesday to work toward complete denuclearization of the Korean peninsula while Washington committed to provide security guarantees for its old enemy. 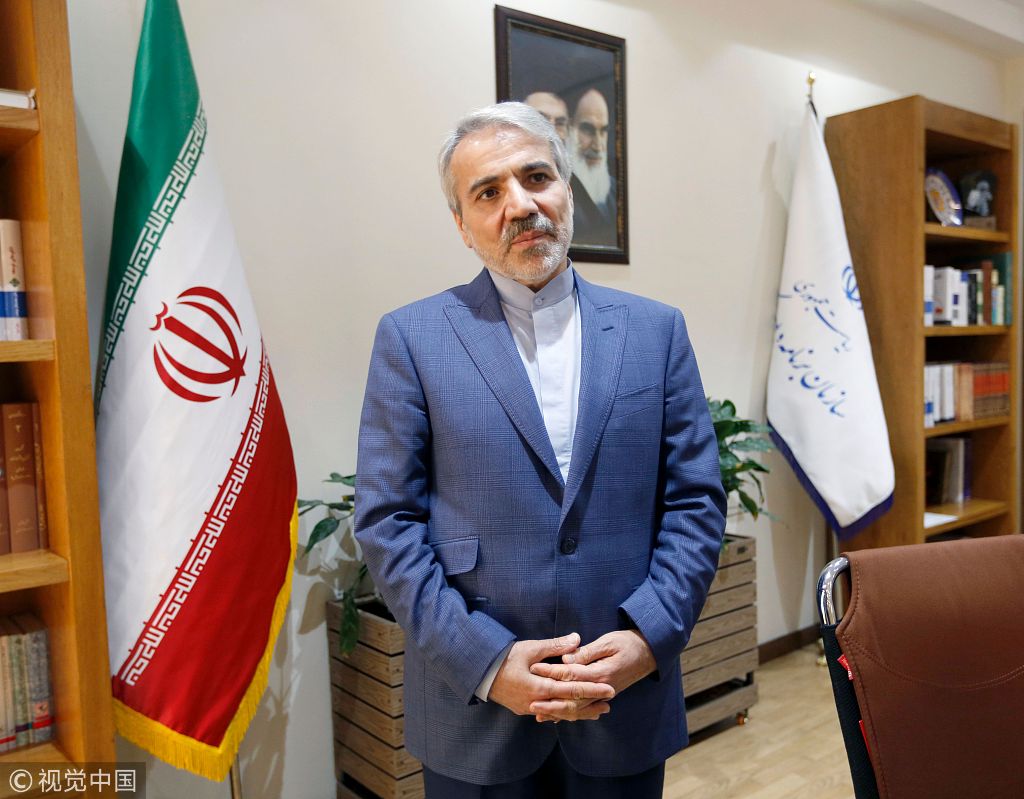 Mohammad Bagher Nobakht, Iranian government spokesman stands in his office during an interview with in the capital Tehran on February 15, 2018. (Photo: VCG)

“We don’t know what type of person the North Korean leader is negotiating with. It is not clear that he would not cancel the agreement before returning home,” Iranian government spokesman Mohammad Bagher Nobakht was quoted as saying by IRNA new agency.

Nobakht questioned Trump’s credibility. “This man does not represent the American people, and they will surely distance themselves from him at the next elections,” he said.

As well as pulling the United States out of the 2015 nuclear deal with Iran, Trump disowned on Saturday a joint communique issued by Group of Seven leaders, just hours after he had left their summit for the meeting with Kim.

Israel, which has hailed Trump’s tough line on Iran, praised his summit with Kim. “This is an important step in the effort to strip the Korean peninsula of nuclear weaponry,” Prime Minister Benjamin Netanyahu said in a statement.

“President Trump is also taking a firm stance against Iran’s attempt to obtain nuclear weaponry, as well as its belligerence in the Middle East.”

Israel is believed to have the region’s sole atomic arsenal.

Trump has said would be open to striking a new nuclear accord with Tehran. However, he says the existing deal negotiated under his predecessor Barack Obama had failed to address Iran’s ballistic missile program.

On top of this, he also cited the terms under which international inspectors can visit suspect Iranian nuclear sites and “sunset” clauses, under which limits on the nuclear program start to expire after 10 years.

Trump has insisted any deal with North Korea should include irreversible and verifiable denuclearization.

Washington will reimpose a wide array of Iran-related sanctions after the expiry of 90- and 180-day wind-down periods, including measures aimed at the oil sector and transactions with its central bank.

Other remaining signatories of the deal - Britain, China, France, Germany and Russia- have criticized the US exit and are still trying to salvage the accord.