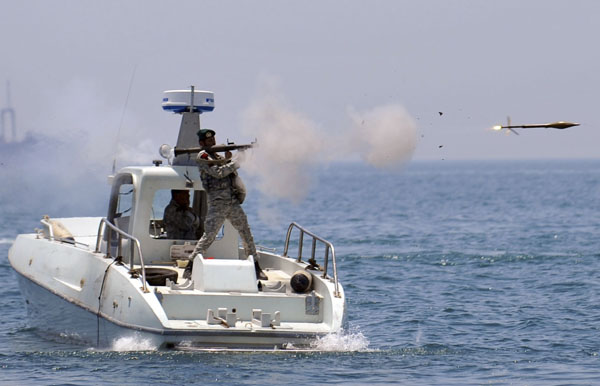 A member of Iran's army fires a RPG during a war game near Jask port in southern Iran May 10, 2010.  (Photto: Xinhua)

Zarif made the remarks during a meeting with his Omani counterpart Yusuf bin Alawi bin Abdullah in Tehran.

Iran is seeking dialogue with all regional states, he said.

Iran's Hormuz Peace Initiative aims to promote peace, stability and prosperity of Gulf states and to establish friendly relations among them, Zarif added.

Iran insists that extra-regional powers cannot bring peace to the region as it could be established through regional states' cooperation.

For his part, the Omani foreign minister called for the dialogue among the regional states as an effective way to resolve misunderstandings.

The Omani foreign minister arrived in Tehran on Monday for talks with the Iranian officials on bilateral ties and regional developments.