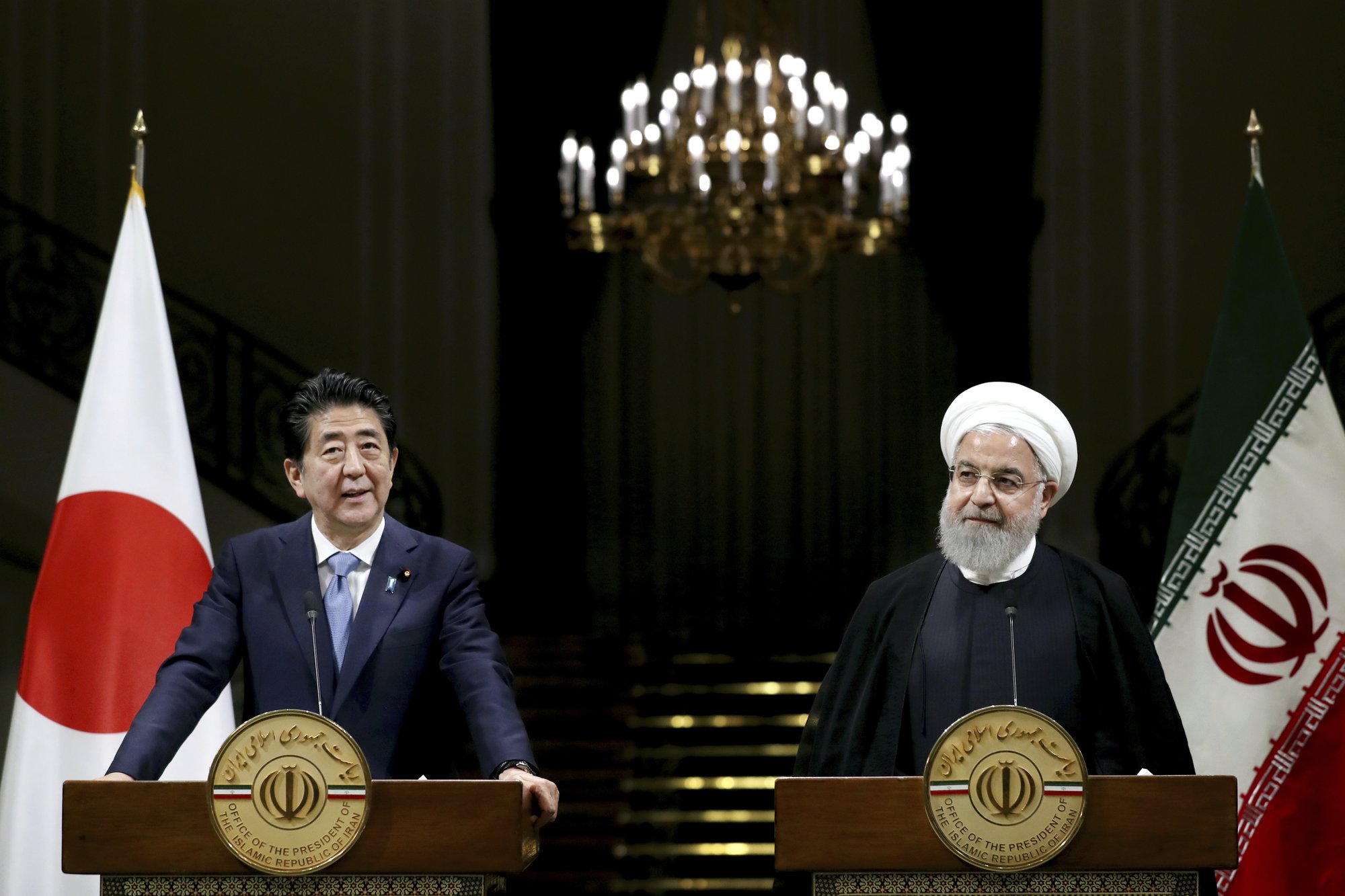 TEHRAN, June 12 (Xinhua) -- Iranian President Hassan Rouhani said on Wednesday that the Islamic republic welcomes Japan's efforts for the development of mutual ties as well as regional and international cooperation.

"Japan's willingness to continue purchase of oil from Iran and to boost financial, scientific and cultural cooperation will be a guarantee for development of ties," said Rouhani.

He made the remarks in a joint press conference with the visiting Japan's Prime Minister Shinzo Abe here on wednesday.

In the Wednesday meeting, Iran and Japan discussed stability and security of the region, Rouhani said.

"We are very happy that both sides ascribe high importance to the stability and security of the region," he said.

"The Islamic republic will not be the initiator of any war, but will respond determinedly to any war against the country," he pointed out.

The Iranian president expressed gratitude to the Japanese premier for his support of the Iranian 2015 international nuclear deal, internationally known as the Joint Comprehensive Plan of Action (JCPOA).

"Iran is keen on remaining committed to the JCPOA," Rouhani said, adding that "Iran and Japan could work together on peaceful nuclear programs."

Rouhani stressed that tensions in the region were caused by the "US economic war" against Iran.

"If we witness some tensions in the region today, their root cause lies in the US economic war against Iranian nation," he noted.

"Whenever this (economic) war is stopped, we will witness very positive developments in the region and in the world," he said.

Rouhani expressed hope that Abe's trip to Iran would serve as "a prelude to development of mutual ties as well as regional good."

For his part, Abe said that Japan is ready to play a role in easing tension in the Middle East region.

Abe said that peace and stability in the Middle East region are of high importance for the world.

"Tension is escalating and there is a possibility of war in the region, but the efforts should be done to avoid any confrontation," Abe said.

"Japan seeks to play a role to prevent tensions, and this has been the focus of my trip to Iran," he said.

"Based on traditional friendly relations between Japan and Iran, I would like to have candid exchanges of opinions (with the Iranian officials) toward easing tensions," Abe added.

During his two-day visit, he is also scheduled to meet with the Iranian Supreme Leader Ayatollah Ali Khamenei on Thursday.