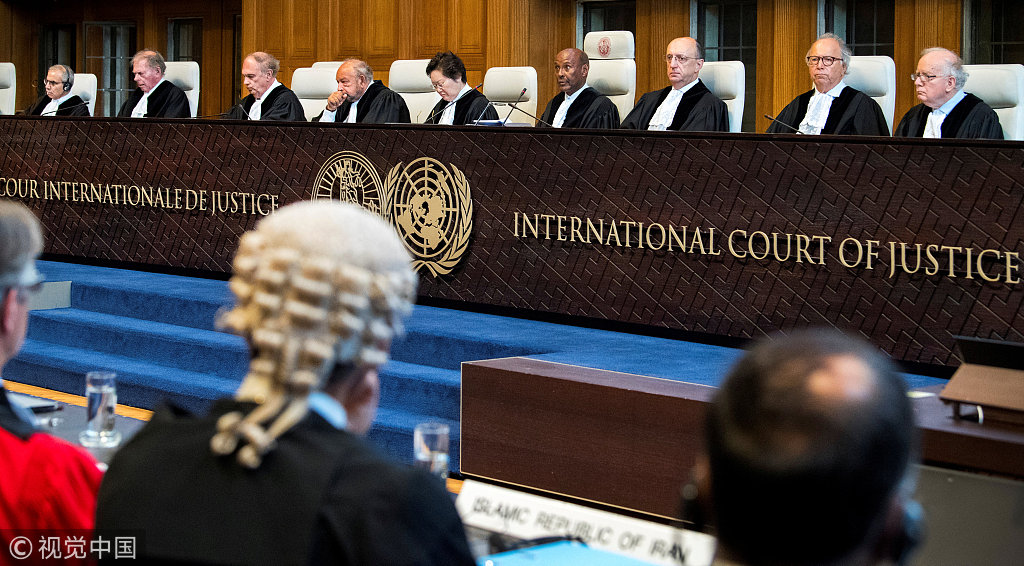 File photo: Members of the International Court of Justice conduct a hearing on alleged violations of the 1955 Treaty of Amity between Iran and the United States on August 27, 2018. (Photo: VCG)

The verdict by the Hague-based International Court of Justice (ICJ) against the US unilateral sanctions, following US' withdrawal from the 2015 Iranian nuclear deal, proves "Iran's righteousness and US' illegitimate and oppressive sanctions," Foreign Ministry said in a statement.

The order also proves that Washington is isolated further due to its "wrong" policies vis-a-vis other independent countries, the statement said.

On Wednesday, the ICJ ordered the United States to ensure that its sanctions against the Islamic republic will not affect the humanitarian condition or threaten civil aviation safety.

The verdict also said that the restoration of sanctions against Iran by the US President Donald Trump violate the terms of a 1955 Treaty of Amity between the two countries.