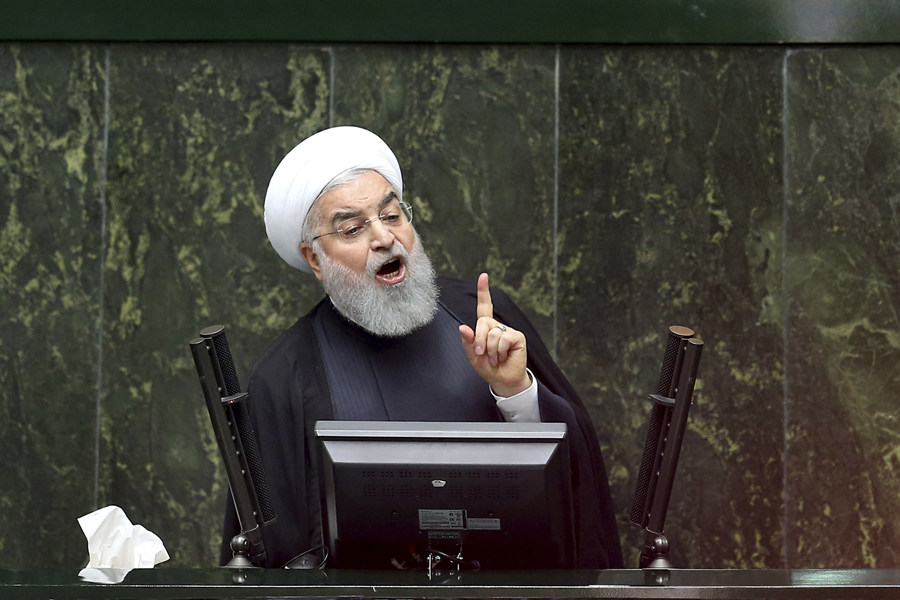 "I announce that we will proudly bypass your illegal, unjust sanctions because it's against international regulations," Rouhani said in a televised speech.

"We are in a situation of economic war, confronting a bullying power. I don't think that in the history of America, someone has entered the White House who is so against law and international conventions," he added.

The renewed US sanctions aim to significantly curb Iran's oil exports and cut it off from international finance, and follow US President Donald Trump's controversial decision in May to abandon the multi-nation nuclear deal with Tehran.