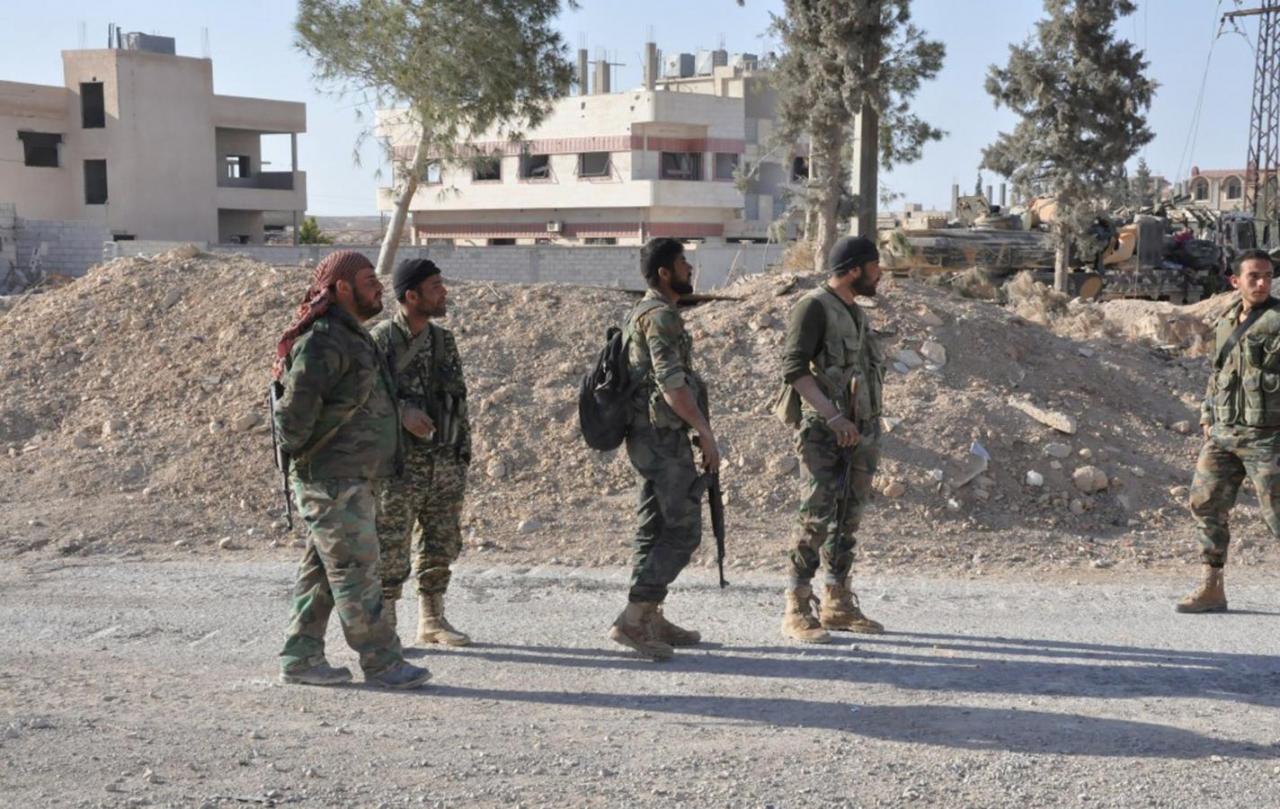 A monitor group said Sunday it has received information about the withdrawal of Iranian military experts from southern Syria.

Rami Abdul-Rahman, the head of the Syrian Observatory for Human Rights, said the Iranian military advisors withdrew from a triangle of areas in the southwestern countryside of the capital Damascus as well as the countryside of Daraa and Quneitra provinces in southern Syria.

Abdul-Rahman said that the Iranian-backed forces haven't yet withdrawn from these areas, as an estimated number of 300 Hezbollah fighters are still in those places.

However, he said that the withdrawal of the Iranian-backed forces will take place in accordance with an agreement that is being hammered out among Russia, Israel, and the United States about settling the situation in southern Syria.

The deal, which hasn't yet been declared or possibly finalized, would see the departure of Iranian-backed forces from southern Syria and the Syrian army would be deployed across the border with Jordan near Daraa and the Israeli-occupied Golan Heights near Quneitra.

A day earlier, Syria's Foreign Minister Walid al-Moallem said his government wasn't engaged in any talks about an agreement in southern Syria, noting that there will be no agreement without the withdrawal of the U.S. forces from the al-Tanf base in southern Syria first.

Meanwhile, the Syrian army has been amassing forces near Quneitra and Daraa, and in case the agreement failed to see the evacuation and surrender of rebels, the Syrian forces will launch a wide-scale offensive.