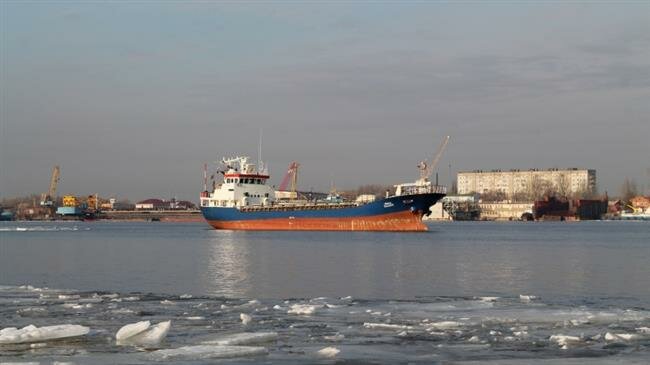 The 600-ton merchant vessel has been carrying cargo between the Iranian port of Anzali and Russia's Astrakhan recently.

Ali Khedmatgozar, an Iranian maritime official in the northern province of Gilan, told state IRIB TV that the ship was carrying around 950 tons of tiles and ceramic products.

Khedmatgozar said all nine crew members were rescued by the Azerbaijani authorities.

The Iranian official did not reveal the specific cause of the incident but noted the ship had been fighting waves of up to three meters before sinking.