A top Iranian military commander said on Thursday that no act of assassination against Iran's armed forces, including the Islamic Revolution Guards Corps (IRGC), will go unanswered. 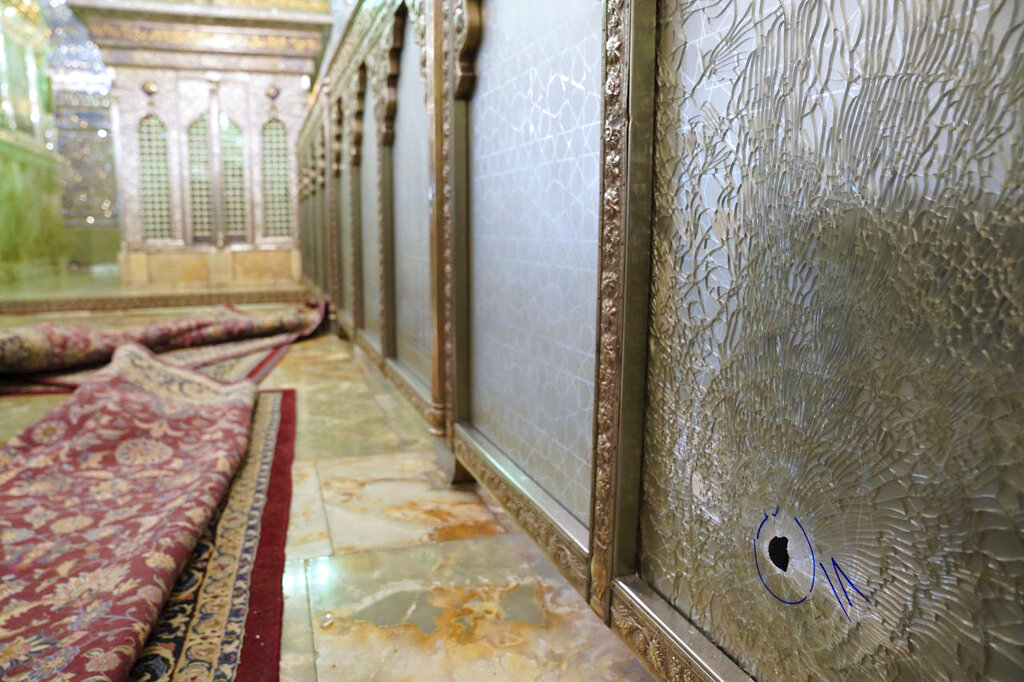 A bullet hole is seen in a broken glass of the Shah Cheragh shrine in the southern city of Shiraz, Iran, Wednesday, Oct. 26, 2022. (Photo: AP)

The IRGC's Chief Commander Hossein Salami made the remarks in an interview with the semi-official Fars news agency on the sidelines of the funeral of Colonel Davoud Jafari, a senior member of the IRGC Aerospace Division, who lost his life in a "terrorist" bombing near the Syrian capital of Damascus on Tuesday.

Salami said that any act of assassination will be avenged separately at an "appropriate time and place."

In a statement on Wednesday, the IRGC blamed "Israel for killing Jafari."

Iran has confirmed the presence of its military advisors in Syria at the request of the Syrian government since 2011.