An Iranian diplomat found guilty of planning to bomb a meeting of an exiled opposition group in France has been sentenced to 20 years in prison.

It is the first trial of an Iranian official for suspected terrorism in Europe since Iran's 1979 revolution.

Assadollah Assadi was found guilty by the court in Antwerp, Belgium of attempted terrorism after a foiled plot to bomb a rally north of Paris in June 2018. An armored vehicle is parked outside an Antwerp court, where an Iranian diplomat was sentenced to 20 years in prison on Thursday for his part in planning a terrorist attack in France. /AFP

The 49-year-old diplomat was based in Austria and he was found to have conspired to use a bomb codenamed "the Playstation" and which was brought in from Iran on a commercial flight to Vienna.

French officials have said Assadi was running an Iranian state intelligence network and was acting on orders from Tehran.

Two of Assadi's associates were arrested in Belgium with the explosive TATP and a detonator.

Along with another accomplice, they were sentenced on February 4 for their roles in the plot and were handed jail terms of between 15 and 18 years.

"It's a historic judgment," said Shahin Gobadi, a spokesman for the Iranian opposition group the National Council for Resistance to Iran.

"It clearly shows that the Iranian regime uses terrorism as their state policy and as you see they made it very clear that the regime's diplomat Assadi was directly involved in this terror plot.

"I think now it is time for European countries to make a decision. Inaction is not acceptable under any pretext."

Iran has repeatedly dismissed the charges and denied any involvement.

It called the allegations a Western trap and a "false flag" stunt by the National Council for Resistance to Iran, which it considers a terrorist group.

The intended target of the bombing was a 2018 meeting of the Mujahedin-e-Khalq, or MEK, one of the biggest Iranian exile groups opposed to the supreme leader of Iran. 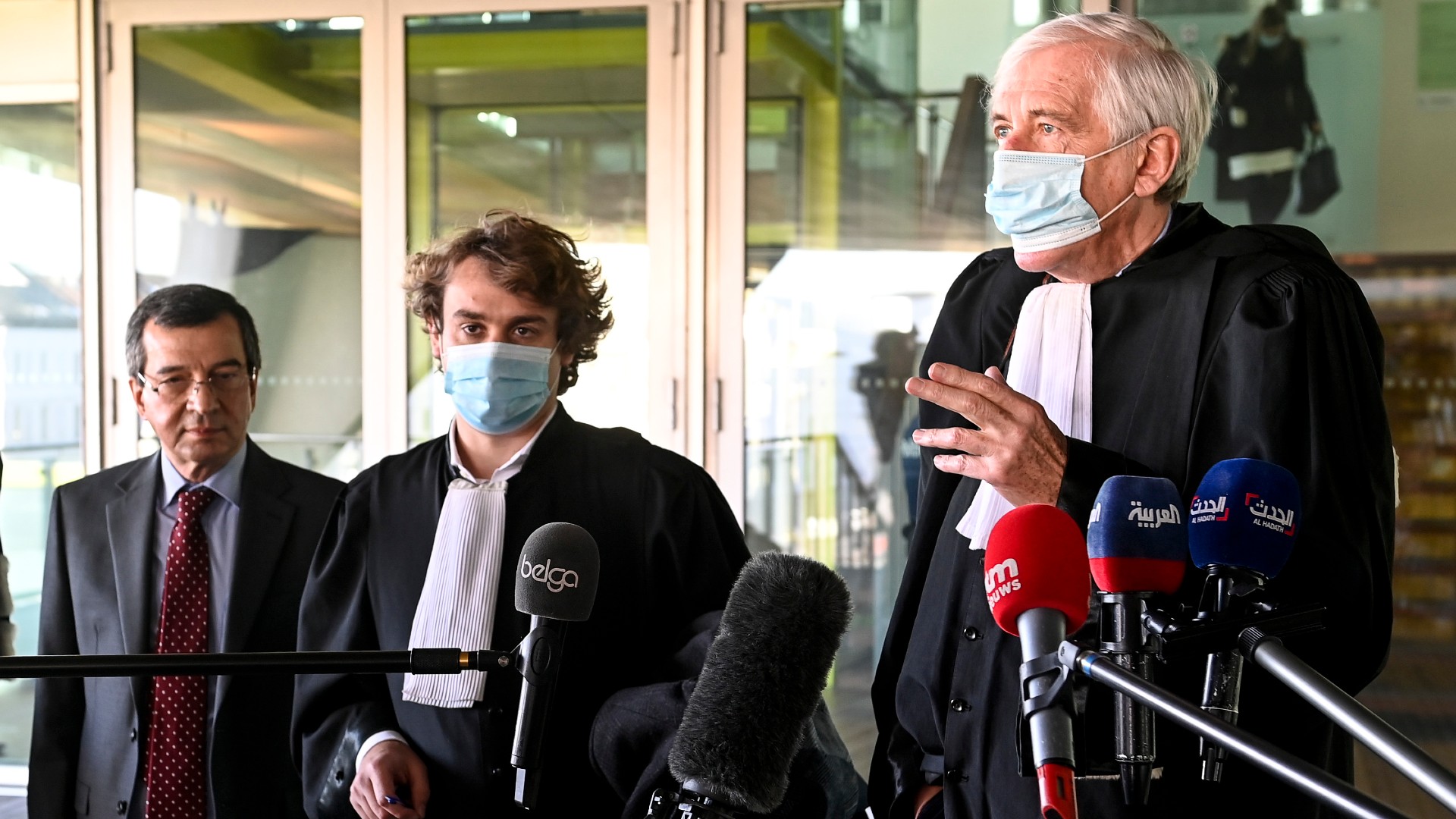 A lawyer and members of the National Council for Resistance to Iran group spoke to reporters after the court case reached its conclusion. /AFP

The specific target was Maryam Rajavi, the leader of the diplomatic wing of the MEK.

Along with thousands of Iranian exiles, former US President Donald Trump's personal lawyer Rudy Giuliani and the former speaker of the US House of Representatives Newt Gingrich were in attendance.

The verdict comes at a sensitive time for relations between the West and Iran.

The European Union has imposed sanctions on Iranian individuals for human rights violations but Brussels has also sought closer diplomatic and business ties with Tehran.

US President Joe Biden is considering whether to lift economic sanctions reimposed by his predecessor Trump.

Those sanctions were announced in 2018 when the US pulled out of the historic 2015 nuclear accord signed between Iran and the US, the UK, France, Russia, China and Germany.