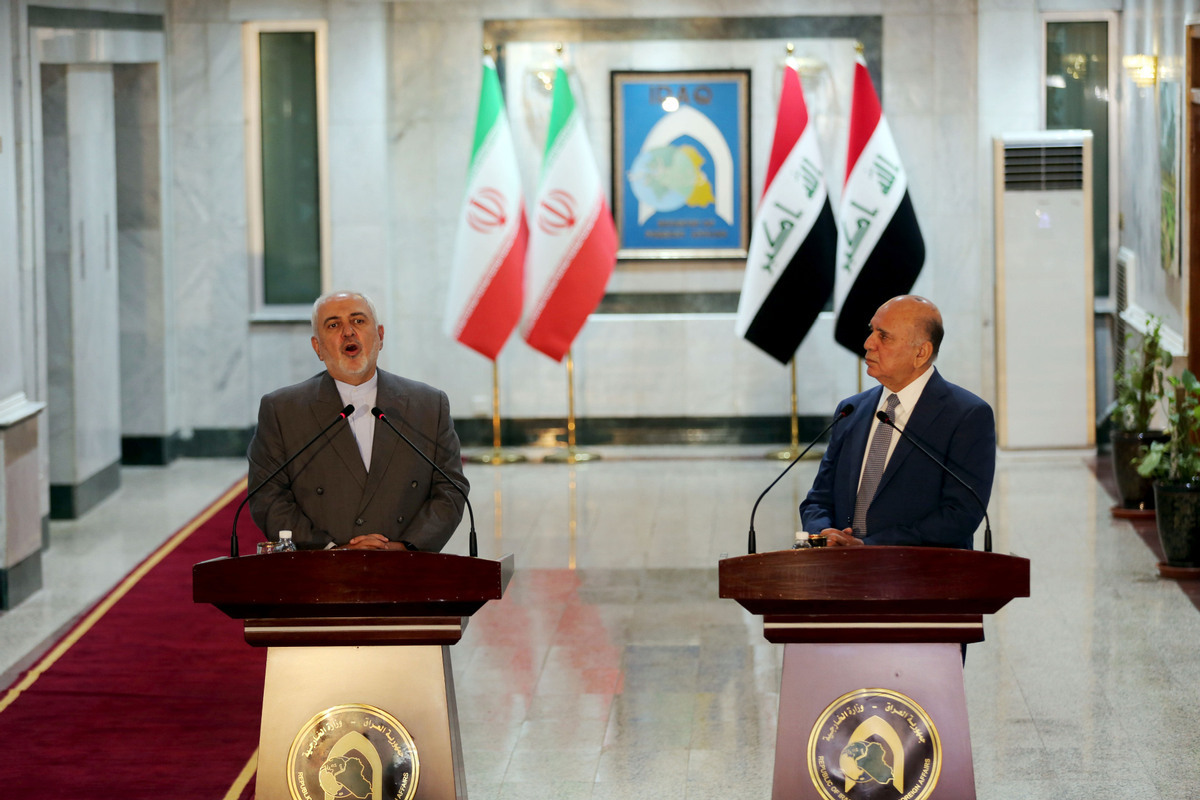 During his visit, Zarif and his delegation met with Iraqi Prime Minister Mustafa al-Kadhimi, and they discussed bilateral relations and issues of common interests, according to a statement by al-Kadhimi's media office.

Al-Kadhimi highlighted Iraq's desire to play "a balanced and positive role in establishing peace and progress in the region," while Zarif expressed Iran's hope for "a new and positive stage of relations with Iraq."

Zarif also met with Iraqi President Barham Salih in his office, where Salih confirmed Iraq's keenness to contribute to stability and become "a center for the common interests of the regional countries," according to a statement by the media office of the presidency.

The Iranian minister confirmed his countries readiness to expand cooperation and coordination, highlighting the promotion of relations between regional countries to continue fighting terrorism, according to the presidency statement.

Earlier in the day, Zarif arrived at Baghdad airport and was received by his Iraqi counterpart Fuad Hussein, before they held a joint press conference in the Foreign Ministry building.

"We have discussed the bilateral relations and trade exchange which has recently decreased due to health measures and the closure of border crossings, and we have emphasized seeking ways to continue commercial relations as well as religious visits despite the coronavirus pandemic," Hussein told reporters.

Zarif will leave for Erbil, capital of the semi-autonomous region of Kurdistan in northern Iraq, to meet with the Kurdish leaders.

Zarif's visit to Baghdad came one day before al-Kadhimi was scheduled to make his first foreign trip since taking office in early May. The Iraqi prime minister will visit Saudi Arabia and Iran's capital Tehran.