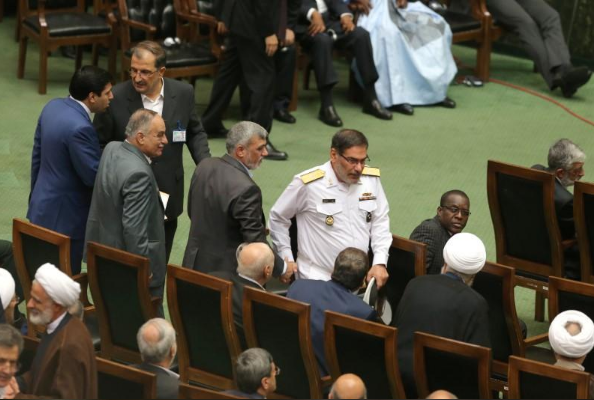 A senior Iranian security official has called for dialogue between factions in Yemen to end the conflict there, Iranian state media reported on Saturday.

Ali Shamkhani, the secretary of Iran’s Supreme National Security Council, made the comment during a meeting with Oman’s foreign minister, Yusuf bin Alawi, in Tehran.

“The shared view of Iran and Oman about the Yemen crisis is that the war must end quickly with the beginning of a ceasefire, the ending of the siege, sending humanitarian help and the beginning of Yemeni-Yemeni dialogue for the development of new political structures based on the vote and desires of the people of Yemen,” Shamkhani said.

Saudi Arabia and its adversaries in Yemen’s armed Houthi movement are holding secret talks to try to end a three-year-old war that has unleashed a major humanitarian crisis, diplomats and Yemeni political sources have said.

A Saudi-led coalition is fighting to counter the influence of Riyadh’s arch-foe Iran, an ally of the Houthis, who deny any help from Tehran and say they are fighting a revolution against corrupt politicians and Gulf powers in thrall to the West.

Separately, Shamkhani said Iran’s missile program was not up for negotiation and that the Islamic Republic would respond to any American action against a 2015 nuclear deal.

Iran agreed to curbs on its nuclear program in exchange for the lifting of a number of sanctions under the deal.

Britain, France and Germany have proposed fresh EU sanctions on Iran over its ballistic missiles and its role in the war in Syria in a bid to persuade Washington to preserve the deal with Tehran, Reuters reported on Friday.