Iranian parliament approves all but one of new president's cabinet nominees 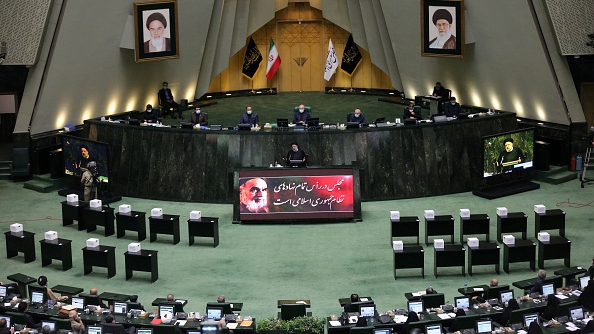 Iranian lawmakers on Wednesday gave votes of confidence to 18 of the 19 ministers proposed by new President Ebrahim Raisi, according to the website of parliament.

The lawmakers started the debates on the qualification of the nominees last Saturday and decided on the composition of Raisi's cabinet on Wednesday.

The candidate for the Ministry of Education was the only person who did not win parliamentary approval.

Under Iranian law, the president has three months to nominate an education minister.

Following the votes of confidence, Raisi pledged "openings" for the Iranian nation.

"Serious openings are underway and we will see a change in people's lives, and this is possible and achievable," he said, adding they will hold the first meeting of the government on Thursday, according to Tasnim news agency.

"Due to the conditions of the country over COVID-19 (resurgence) and economic difficulties in the living conditions of people, it was necessary for the government to be formed immediately in order to reduce the problems and change the conditions in favor of the people," he said.

Ministries controlling the livelihood, economy, welfare and health of people are at the forefront and will begin their work quickly, he added.

The Iranian president said that the nomination of proposed ministers was based on efficiency criteria, like expertise, anti-corruption and honesty with people.

"The lawmakers better to know that the issue of anti-corruption is important and central for people," he said, stressing that he will not tolerate the slightest corruption.

Raisi was sworn in by parliament in early August, but the outgoing administration remained at the helm until Wednesday's parliamentary vote.