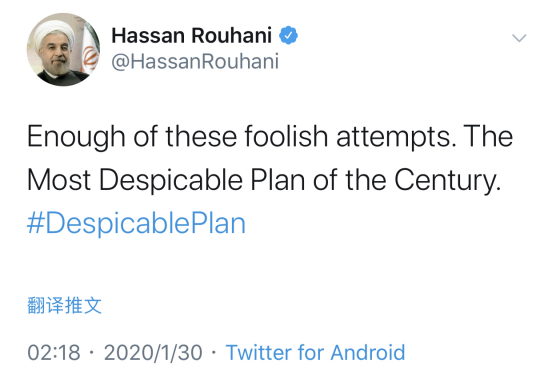 "Enough of these foolish attempts," Rouhani said, referring to the White House's announcement of Trump's peace proposal for the Middle East region.

Trump's so-called Deal of the Century is "the most despicable plan of the century," he added.

On Tuesday, Trump announced the long-awaited political aspect of his Middle East peace plan, a proposal that has already been repeatedly refused by the Palestinians.

The plan proposes a "realistic" two-state solution and recognizes Jerusalem as Israel's "undivided capital," according to Trump.