Iranian Revolutionary Guards on Wednesday threatened to attack the US and its allies after Tehran said it carried out a night-time missile strike against US forces in Iraq. 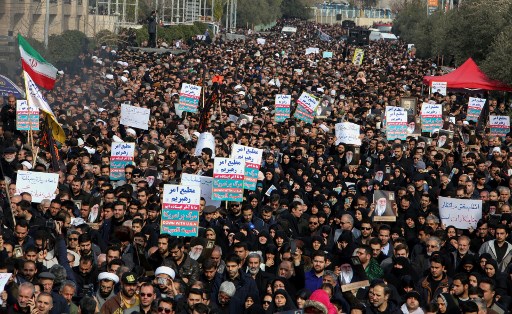 Iranians hold anti-US banners during a demonstration in the capital Tehran on January 3, 2020 following the killing of Iranian Revolutionary Guards Major General Qasem Soleimani in a US strike on his convoy at Baghdad international airport. (Photo: AFP)

The group urged Washington to recall its troops from the region "in order to avoid further losses and not to allow the lives of their soldiers to be further threatened by the ever-growing hatred" of the US.