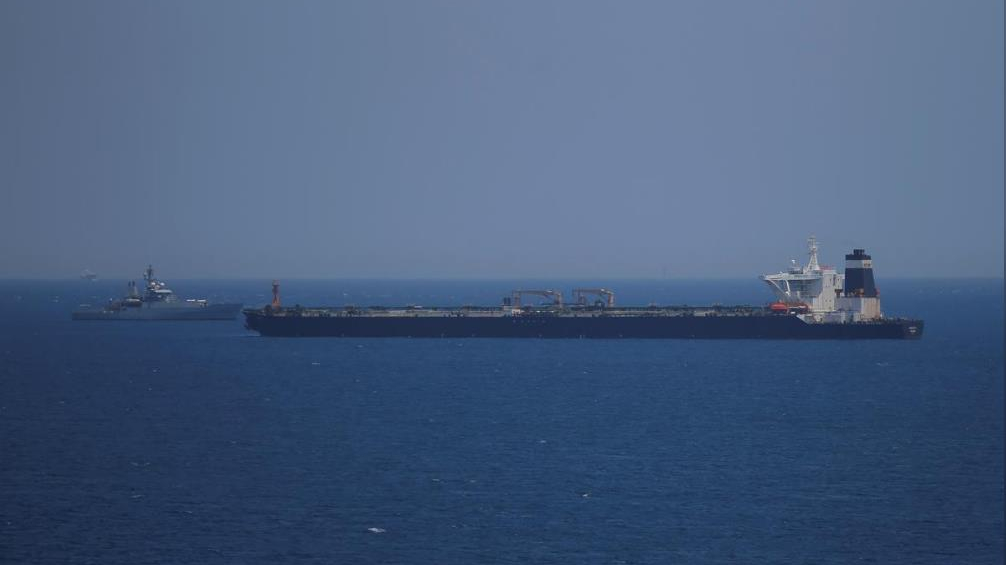 British Royal Marines seized the tanker on Thursday for allegedly trying to take oil to Syria in violation of EU sanctions, a dramatic intervention described as "maritime robbery" by Araqchi.

The minister said the giant tanker has a capacity of up to two million barrels of oil and that is why it was traveling through the Strait of Gibraltar rather than the Suez Canal.

He gave no information on the tanker's final destination.

"Despite what the government of England is claiming, the target and destination of this tanker wasn't Syria," Araqchi said. "The port that they have named in Syria essentially does not have the capacity for such a supertanker. The target was somewhere else. It was passing through international waters through the Strait of Gibraltar and there is no law that allows England to stop this tanker. In our view, the stopping of this ship was maritime robbery and we want this tanker to be freed."

The government of Gibraltar said on Friday that they had received permission from their supreme court to hold the tanker for 14 days.

An Iranian Revolutionary Guards commander threatened on Friday to seize a British ship in retaliation.