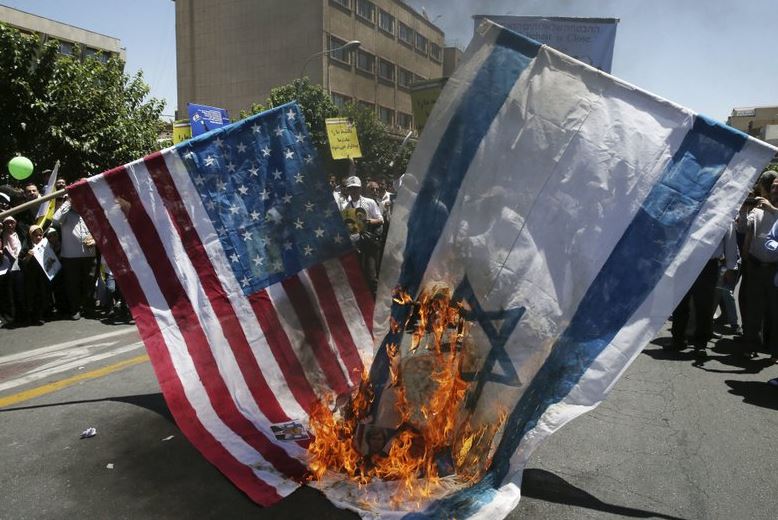 TEHRAN, May 31 (Xinhua) -- Hundreds of thousands of Iranians held nationwide rallies in support of the Palestinians to mark the al-Quds Day on Friday.

The participants chanted pro-Palestinian slogans and carried banners reading "al-Quds is the eternal capital of Palestine" and "No to the (US-devised) Deal of the Century."

They burned Israeli flags and an effigy of US President Donald Trump.

At the end of rallies in Iran, the participants issued a statement in solidarity with Palestinians and urged the international organizations to stop Israeli occupation of the Palestinian territories and its "atrocities" against the Palestinians.

"Liberation of the al-Quds and all other Palestinian territories from the Zionist (Israel) occupation is the main goal of the Islamic world," the statement said.

"The only way to settle the issue of Palestine is to press ahead with resistance, to allow for the return of all displaced Palestinians from around the world to their motherland, and to hold a free referendum to decide the fate of their country," it said.

Besides, the so-called US peace plan of the "Deal of the Century" concerning Israel-Palestine disputes was slammed in the statement.

The US peace plan only "secures the interests of Israel," it said.

"Palestinians will definitely emerge victorious in confrontation with the Zionist aggressors," Rouhani said on Friday.

"The issue of Deal of the Century will undoubtedly turn into the bankruptcy of the century and will certainly not yield results," Rouhani told reporters as he attended the al-Quds Day rallies in Tehran.

"The plots that the global arrogance and aggressors have hatched against Palestine and al-Quds will get nowhere," he said, adding that "we have no doubts that ultimate victory will be for justice and for Palestine."

Rouhani also said that the US move to recognize the city of al-Quds as the capital of Israel has not won support from the international community.

In the past days, Iranian authorities urged Muslims worldwide to hold massive rallies on Friday to mark the al-Quds Day in support of the Palestinians.

Al-Quds Day is an annual event observed on the last Friday of the Muslim holy month of Ramadan in Iran and several Arab countries to support the Palestinian cause.