Iraq announced the first confirmed case of coronavirus in the capital Baghdad on Thursday, taking nationwide infections to six and raising concerns about the capacity of the dilapidated health system to respond. 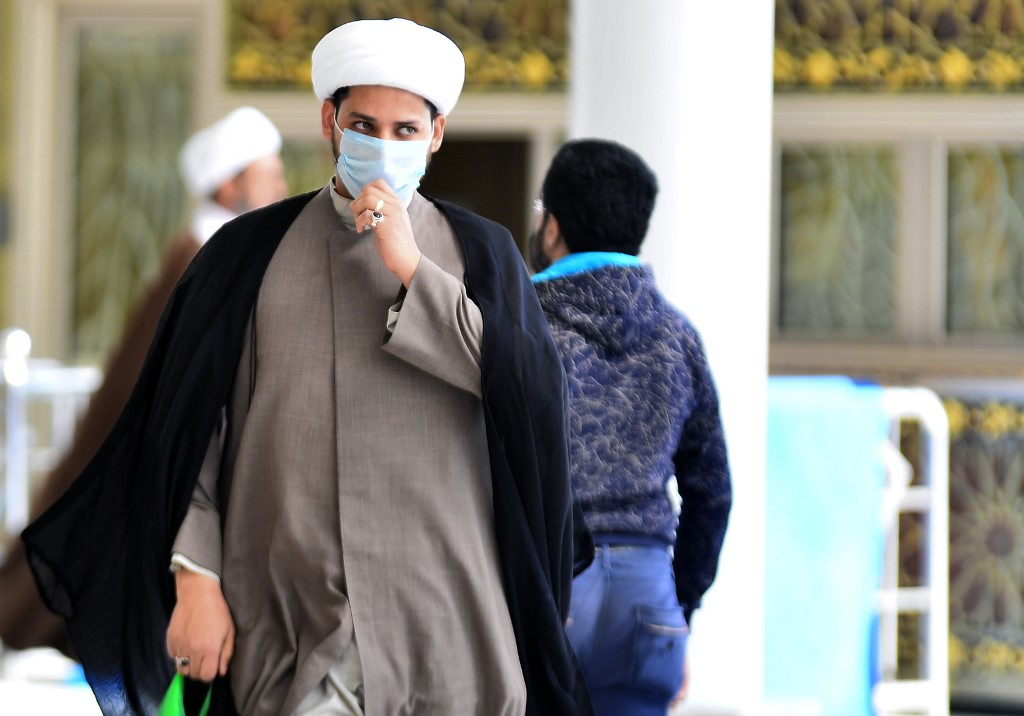 An Iraqi cleric wearing a protective mask walks by in the central holy city of Najaf, on February 26, 2020. (Photo: AFP)

The government announced sweeping measures late Wednesday to try to contain the spread of the virus, ordering the closure of schools and universities, cafes, cinemas and other public spaces until March 7.

It also banned travel to or from some of the worst affected countries.

The health ministry said the first case in Baghdad was in a young man who had recently returned from Iran.

The patient was placed under quarantine in a Baghdad hospital and is currently "in good health," it said in a statement.

Iraq's six confirmed cases have all been traced to neighbouring Iran, a popular tourism destination for Iraqis, who also visit the country to receive medical treatment.

Many hospitals in Iraq are poorly equipped or in disrepair and there are fewer than 10 doctors for every 10,000 people, the World Health Organization says.

Baghdad is the Arab world's second most populous city after the Egyptian capital Cairo.

The health ministry advised against large gatherings, urging officials to take steps to "restrict intermixing," a move that may deal a blow to anti-government protests that have gripped Baghdad and southern Iraq since October.