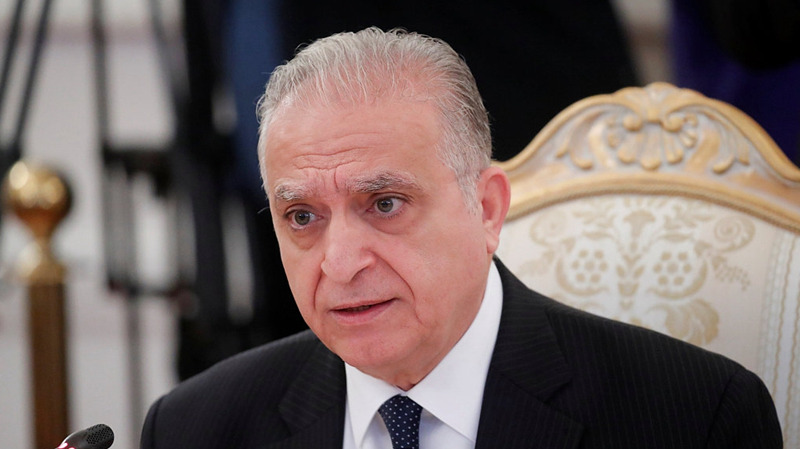 The Iraqi Foreign Minister Mohammed al-Hakim on Friday confirmed his country's clear stance to oppose war and escalation in tensions between the United States and Iran.

The position of Iraq is clear on the current crisis between the United States and Iran, which is calmness and prevention of war in our region, al-Hakim said in a statement.

The Iraqi chief of diplomacy also said Iraq's position is consistent with the recent remarks made by the U.S. President Donald Trump about the "lack of intention to launch any war," the statement said.

On Thursday, Trump was quoted by the U.S. ABC News as saying that the Iranian economy suffers from U.S. sanctions and that Iran has become a weak state, adding "we are ready to negotiate with Iran if it wants to."

Iran, however, has stayed within the main restrictions of its nuclear deal, according to a quarterly report by the U.N. atomic watchdog indicated on Friday, at a time when Tehran is threatening to break the rules in future in response to new U.S. sanctions.

The report found that Iran was abiding by the main terms of its 2015 deal with world powers, including the most sensitive issues of its stockpile of enriched uranium and level of enrichment.

Yet the report did flag up questions about the number of advanced centrifuges Iran is allowed, which is loosely defined in the deal.

The report by the International Atomic Energy Agency comes at a particularly sensitive time, with Washington having sharply tightened sanctions on Tehran this month, and Iran threatening to take steps in response that could eventually bring it out of compliance with the pact.