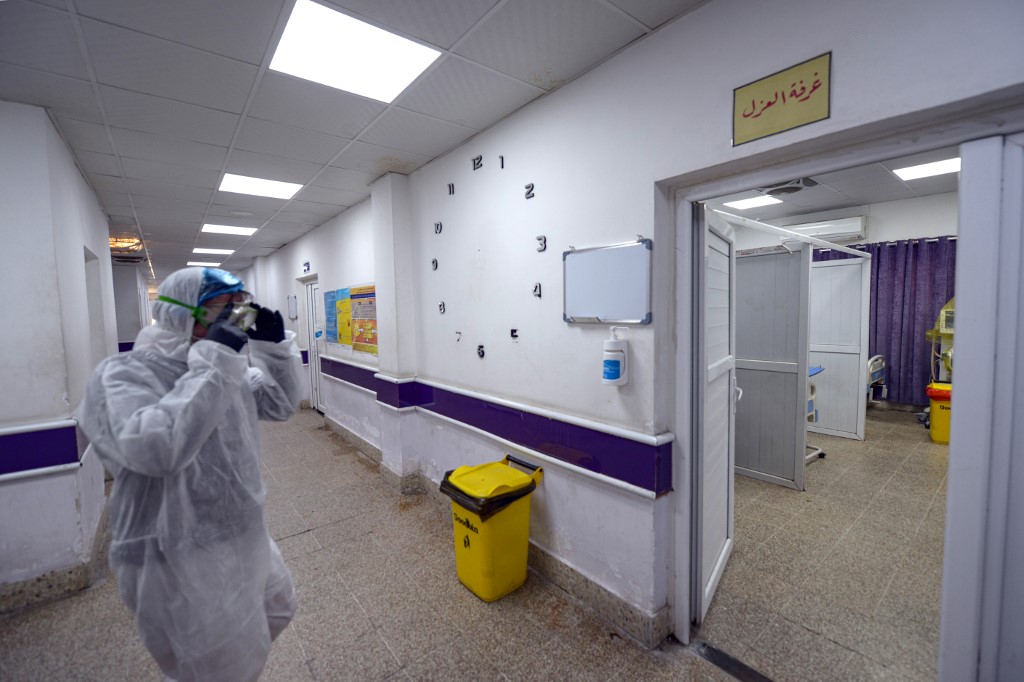 This picture taken on February 24, 2020 shows a view outside the quarantine zone at the hospital in the central Iraqi holy shrine city of Najaf where the first case of first case of coronavirus COVID-19 documented in Iraq is being treated. (Photo: AFP)

A statement by the Iraqi Health Ministry said it has registered four new cases of coronavirus in an Iraqi family who paid a visit to neighboring Iran.

The family members were tested positive after applying the quarantine measures in accordance with the international procedures, according to the statement.

Meanwhile, the ministry said in another statement that the Health Minister Jaafar Allawi convened a meeting for a committee to follow up the coronavirus outbreak, and decided to form crisis teams in each province to monitor the implementation of health measures.

The statement also said that the committee decided to prevent gatherings in all parts of Najaf and suspend classes in the provincial schools and universities for 10 days, as well as prevent the travel to and from Najaf, some 160 km south of the Iraqi capital Baghdad, which had witnessed the first case of COVID-19 in the country.

The committee also urged Iraqis to reduce the travel between the Iraqi provinces as much as possible except for necessity, and advised not to hold conferences, celebrations or unnecessary gatherings in all the country, the statement added.

The ministry announced on Monday the first case of an Iranian student learning religious studies in the city of Najaf.

The infected was one of the Iranians who entered Iraq before an earlier decision of the Iraqi authorities to restrict the entry of Iranian citizens on airports and border crossings.

On Feb. 20, the Iraqi authorities suspended the flights of the Iraqi Airways with Iran and suspended granting visas to the Iranian citizens directly on the border crossings after the news that a number of Iranians have been infected with COVID-19.