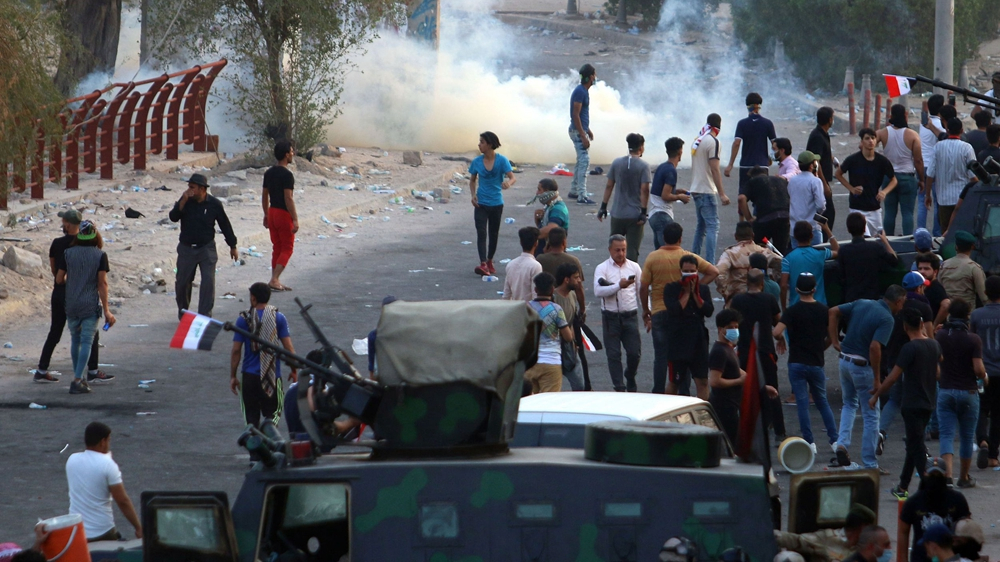 One person was killed and 25 others injured on Wednesday as Iraqi security forces opened fire during clashes with protesters in the southern city of Basra, a day after six people were killed in demonstrations over poor public services.

Gunshots and tear gas were reportedly fired by security personnel as they faced off with several thousand demonstrators outside the regional government headquarters.

"One demonstrator was killed and 25 others wounded, including some seriously," said Mehdi al-Tamimi, head of the government's human rights council in Basra province.

On Tuesday six demonstrators were killed and more than 20 wounded during the bloodiest day of clashes with security officials, a local official and medics said.

The authorities said that 30 security personnel were also wounded in the violence "by grenades and incendiary objects."

An overnight curfew was imposed and more security personnel deployed in the city, an army official said.

Basra and the surrounding province have been the focus of angry demonstrations over alleged government neglect that have rocked Iraq since early July.

The oil hub is plagued by electricity outages, unemployment and entrenched corruption. Residents are particularly angry over pollution of the local water supply, which has put 20,000 people in the hospital.

Public anger has swelled at a time when politicians are struggling to form a new government after an inconclusive parliamentary election in May.

In his weekly press conference in Baghdad on Tuesday, Iraqi Prime Minister Haider al-Abadi said he had ordered "no real bullets... to be fired, in the direction of protesters or in the air."