BAGHDAD, Sept. 4 (Xinhua) -- The Iraqi Oil Ministry on Wednesday said that it has signed a preliminary deal with Russia's Stroytransgas company to explore and develop an oil and gas exploration block in the western province of Anbar.

Iraqi Oil Minister Thamir al-Ghadhban said at the signing ceremony that "the exploration block No. 17 is one promising site, where preliminary studies and information indicate the existence of oil reserves ranging between 2-4 billion barrels of oil equivalent, as gas accounts for 60-70 percent of the reserves," said a statement issued on the ministry's website.

Al-Ghadhban asserted the importance of this project in promoting oil and gas activity in Anbar province, which will contribute to enhancing the economy and development, providing job opportunities in the province, as well as supporting the local private sector through subcontracts, the statement said. 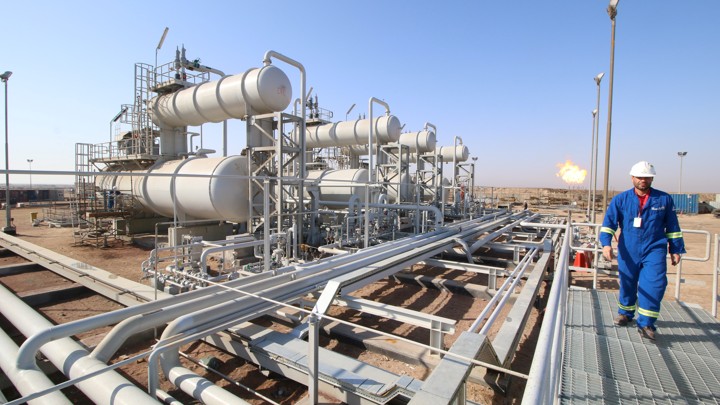 Asim Jihad, spokesman for the ministry, said that "this contract with the Russian company is (a service contract) including exploration, development and production operations within an area of 12,000 sq km, the statement quoted him as saying.

Jihad pointed out that the duration of the contract is 34 years, including nine years for the exploration phase, and 25 years for the development and production phases, the statement said.

Abdul Mahdi al-Amidi, director general of the petroleum contracts and licensing department, said that the contract commits the Russian company to build a houppppsing complex and develop infrastructure and service sector in the province with an estimated value of 100 million U.S. dollars, the statement added.

Iraq's economy heavily relies on exports of crude oil, which account for more than 90 percent of the country's revenues.