BAGHDAD, June 4 (Xinhua) -- Iraq is planning to build some dams to stop the annual loss of agricultural land due to desertification, the official Iraqi News Agency (INA) said on Friday. 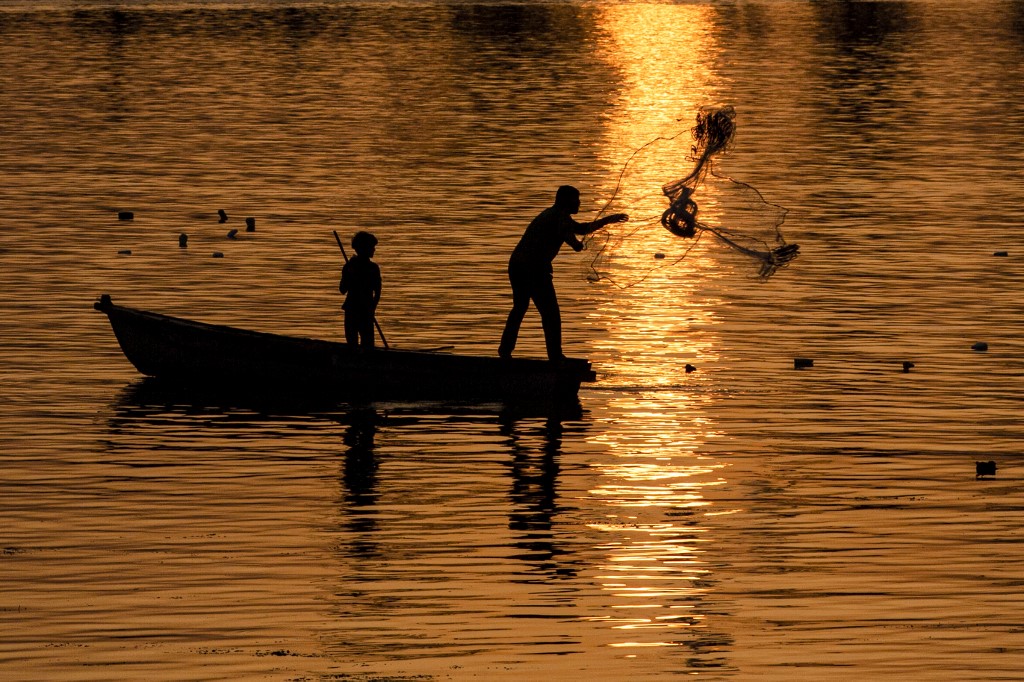 A fisherman casts his net from a boat in the Shatt Al-Arab river by the port of Maqil in the southern Iraqi city of Basra on March 21, 2021. (File photo: AFP)

"There are plans to build dams to take advantage of water during the rainy seasons and use it in the dry seasons," Ali al-Bdeiri, a member of the agricultural and water parliamentary committee, told INA, noting that Iraq still uses primitive irrigation methods that cause a huge waste of water.

Citing a UN report, Iraq is losing more than 250 square km of its agricultural land annually due to desertification, and there is no effective action from the Iraqi authorities so far, al-Bdeiri told INA.

He said that the parliamentary committee is holding meetings with the Ministry of Water Resources, especially in summer times, to discuss the issue of water scarcity, according to INA.

"It is important to have high coordination between the executive and legislative authorities to secure water," al-Bdeiri said.

Iraq also complains about the decreasing water flowing from the two neighbors, Turkey and Iran, which are building dams on the rivers that enter Iraq without coordination with the downstream country.