BAGHDAD, April 1 (Xinhua) -- Iraqi Health Ministry on Wednesday confirmed a total of 728 COVID-19 cases and up to 52 deaths across the country. 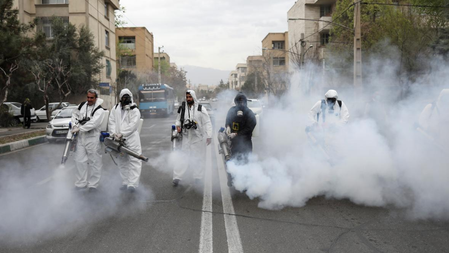 Out of the 34 cases confirmed during the past 24 hours, nine in Basra, six in Erbil, five in Sulaimaniyah, four in Karbala, three in Duhok, two in each Babil and Diwaniyah, in addition to one in Najaf, Wasit and Muthanna each, the ministry said in a statement.

So far, out of the total confirmed cases, 52 died and 182 others recovered, according to the statement.

On Tuesday, the Iraqi Health Minister Jaafar Sadiq Allawi, who heads the Iraqi crisis committee to contain COVID-19, told the local Dijla TV channel that the committee decided to extend the curfew until April 19.

To help Iraq cope with the coronavirus epidemic, a Chinese team of seven experts has been working with their Iraqi counterparts since March 7. Enditem