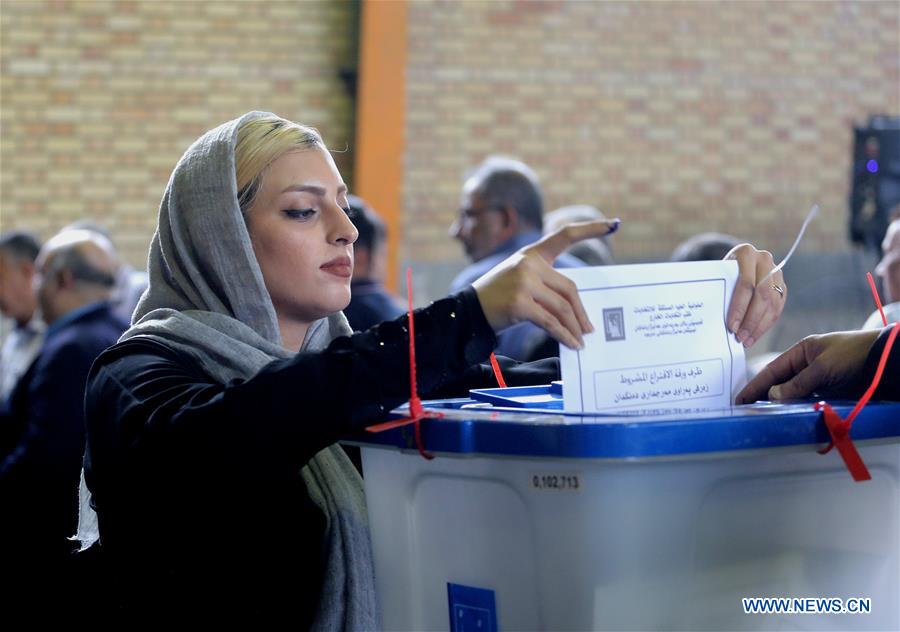 An Iraqi woman living in Iran votes at an overseas polling station for Iraq's parliamentary elections in southern Tehran, Iran, on May 11, 2018. (Photo: Xinhua)

Jalil Adnan Khalaf, Chairman of IHEC's Board of Commissioners, said the proposal was made after reviewing the timetable for the electoral process in consultation by the United Nations, according to the Iraqi News Agency (INA) which published an official letter from the IHEC sent to Iraqi Prime Minister Mustafa al-Kadhimi.

Khalaf attributed the postponement to registering a small number of coalitions, and the need to give more time to register more candidates and coalitions, in addition to allowing the UN experts and observers to take their role in monitoring the electoral process, according to the letter.

Last July, Mustafa al-Kadhimi set June 6, 2021, as the date for the early elections, which came in response to the anti-government protests and was designed to make it easier for independent politicians to win a seat in the parliament.

The previous parliamentary elections in Iraq were held on May 12, 2018, and the next elections were originally scheduled to take place in 2022.