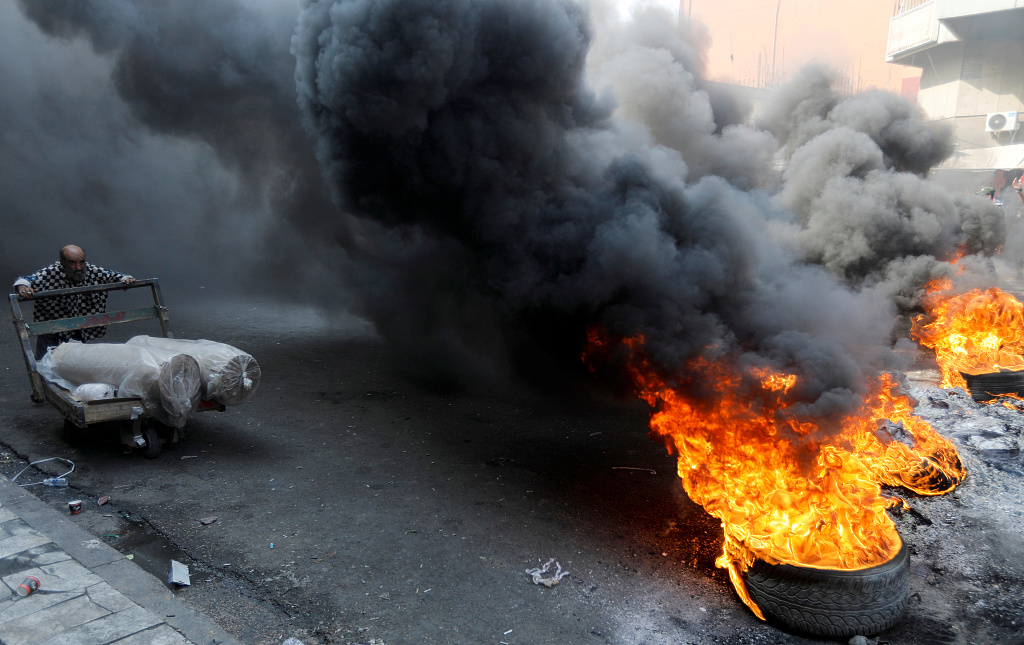 Iraq's Prime Minister Adel Abdul Mahdi appealed on Sunday to protesters to help restore normal life across the country and said the unrest was costing the economy "billions of dollars."
More than 250 people have been killed since the protests in Baghdad and the south of the country started in early October, driven by discontent over economic hardship and corruption.
In a statement published on Sunday evening, Abdul Mahdi said the protests which "shook the political system" have achieved their purpose and must stop effecting the country's trade and economic activities.
"Threatening the oil interests and blocking roads leading to Iraq's ports is causing big losses exceeding billions of dollars," said Abdul Mahdi, warning that unrest was pushing up prices of goods.
Iraqi President Barham Salih in a TV address last week vowed to hold early parliamentary elections, and said the prime minister has agreed to resign on the condition that it doesn't leave a leadership vacuum.

Operations at Iraq's main Gulf port, Umm Qasr, near the oil-rich city of Basra, which receives the bulk of Iraq's imports of grain, vegetable oils and sugar, have been at a complete standstill since Wednesday.
Thousands of protesters have blocked all roads leading to the port. Police on Saturday used live fire and tear gas to try to disperse protesters and open the roads leading to the port but they failed to force them to leave.
The protests have broken nearly two years of relative stability in Iraq.

What led to the protests?

The protesters blame a corrupt and divided political class for failing to improve their lives even in peacetime.

Despite the country's oil wealth, one in five people still lives under the poverty line in Iraq and youth unemployment sits at around 25 percent.

The rates are staggering for OPEC's second-biggest oil producer, which ranks as the 12th most corrupt state in the world according to Transparency International.