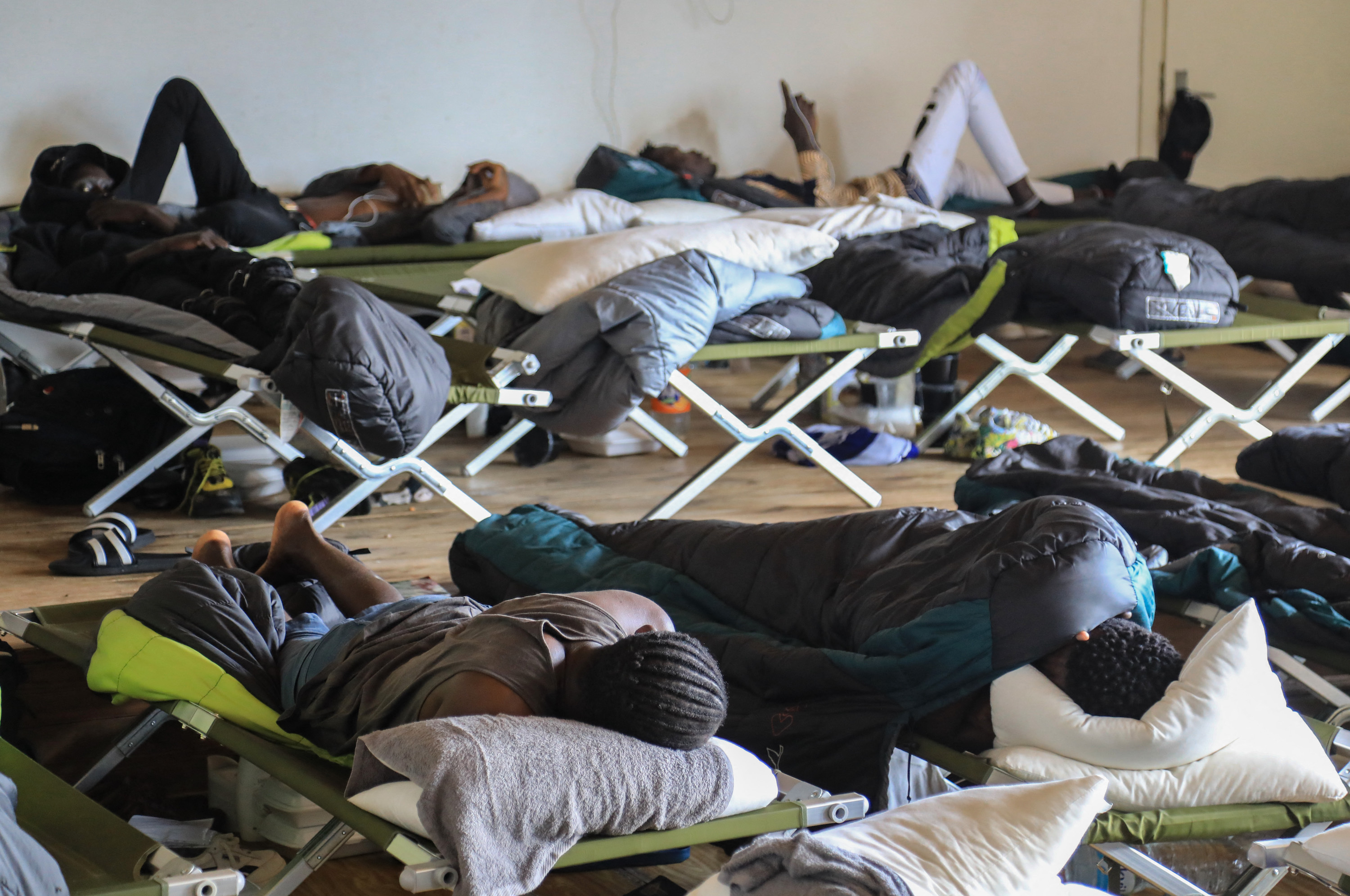 Migrants rest in a former school, which has been turned into a refugee facility, in Vydeniai village, Lithuania. (Photo: AFP)

The European Union hopes for a stabilization of the migrant situation in Lithuania after Iraq suspended flights from Baghdad to Minsk, a spokesman for the bloc's executive said on Tuesday.

"We are pleased to see a very constructive attitude by the Iraqi partners and their constructive reaction," the spokesman for the European Commission told reporters.

"We are quite concerned that Iraqi partners are aware how important this issue is for the EU and we hope that the situation will stabilize when it comes to the flights between Baghdad and Minsk," he said.

The Iraqi decision comes as Lithuania's parliament debates whether to build a high metal fence topped with razor wire on its border with Belarus to stop migrants who have been crossing in record numbers.

Rising numbers of migrants – many from Iraq – have reached Lithuania, Latvia and Poland from Belarus in recent weeks. Authorities in those countries have accused Belarus's President Alexander Lukashenko of using them to put pressure on the EU to reverse sanctions against his country.

If approved by parliament, Lithuania would build a 4-meter-high metal fence topped with razor wire on 508 km of the 670 km border it shares with Belarus, at a cost of $178 million, the Baltic News Service agency reported, citing the Lithuanian State Border Guard Service.

Parliament will also debate whether to allow the Lithuanian military to patrol the border and temporarily restrict asylum-seekers to making their applications at designated locations, such as border checkpoints or embassies, rather than at any point on Lithuanian territory.

Currently only frontier guards are allowed to patrol the border.

So far this year, some 4,026 individuals have illegally crossed into Lithuania, a country of 2.8 million inhabitants, from Belarus, the Lithuanian interior ministry said in a statement on August 3, compared with 74 in total in 2020.

Most come from Iraq, followed by the Republic of Congo and Cameroon, according to the Lithuanian State Border Guard Service.

The parliamentary debate over the fence starts on Tuesday. It was not immediately clear when a vote would take place.

In neighboring Latvia, 160 people have been detained for illegally crossing the border from Belarus, authorities said on Monday, prompting the Latvian interior minister to ask the government to declare a state of emergency on the border.