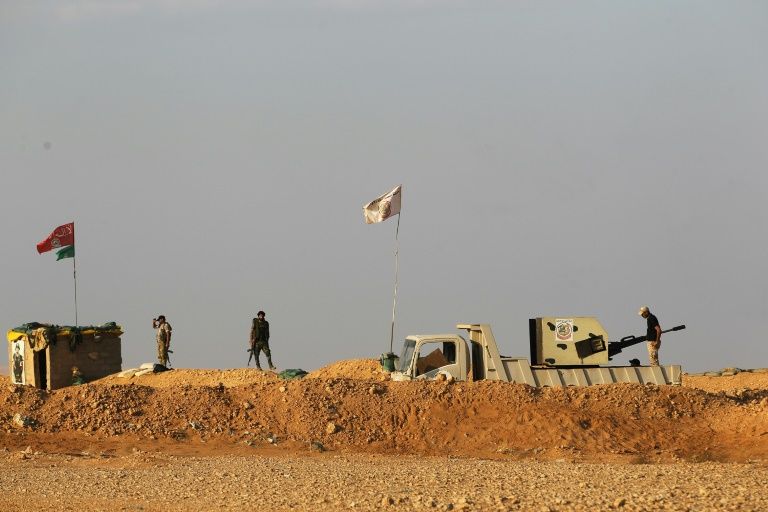 A border crossing on a vital highway linking the capitals of Iraq and Syria, seized by Islamic State group jihadists in 2014, re-opened on Monday, an AFP reporter said.

Iraqi security forces had re-taken the border post near the town of Al-Qaim in late 2017 as part of a massive operation backed by an international coalition against the jihadists' self-proclaimed "caliphate".

On Monday, an AFP video journalist saw trucks hauling cargo across the terminal, which lies on a major highway connecting Baghdad and Damascus.

It is the only crossing between the two countries controlled by Syrian regime forces on one side and Iraqi federal authorities on the other.

Another crossing was destroyed in fighting, while the rest are controlled by Kurdish forces which have a degree of autonomy in both countries.

The roughly 600-kilometre (370-mile) frontier runs through both desert and mountains, making it extremely difficult to control.

IS launched a shock offensive in the summer of 2014, capturing swathes of Syria and northern Iraq and imposing a brutal version of Islamic rule.

Iraqi forces backed by the Hashed al-Shaabi paramilitary alliance and the anti-IS coalition waged a months-long campaign to reassert control, declaring victory over the jihadists in late 2017.