Iraq to summon US ambassador over attack on Hashd Shaabi bases

The Iraqi Foreign Ministry announced Monday that it will summon the US ambassador in Baghdad over US attacks that killed 25 people and injured 51 others. 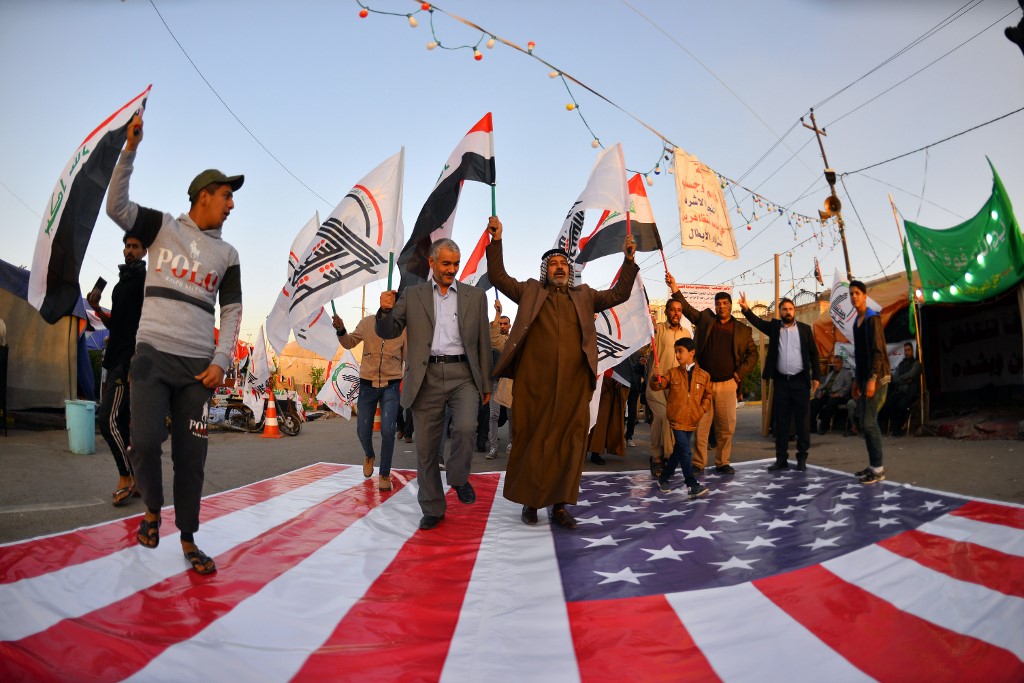 Iraqis walk on a US national flag on December 30, 2019, during a demonstration in holy shrine city of Najaf to denounce the previous night's attacks by US planes on several bases belonging to the Hezbollah brigades near Al-Qaim, an Iraqi district bordering Syria. (Photo by AFP)

The ministry said in a statement that "the attack is seen as a blatant violation of the sovereignty of Iraq, and a condemned act, which is rejected by all norms and laws that governing relations between states."

The ministry asserted that Iraq, as an independent country, will not allow its land to be a battlefield, or to be a passage to carry out attacks on others, according to the statement.

It said that the US ambassador in Baghdad will be summoned to be informed of Iraq's stance, and Iraq will discuss with the European partners in the international coalition against the Islamic State (IS) "to come out with a unified position regarding the mechanisms of work and the future presence of the coalition forces in Iraq."

Earlier in the day, another statement after an emergency session by the Iraqi National Security Council (INSC) condemned the US attack on Hashd Shaabi bases in western Iraq, saying "the Iraqi government considers it a violation of Iraq's sovereignty."

"The attack pushes Iraq to review the relationship with the US-led coalition on the security, political and legal levels," according to the statement.

Established in 2004, the INSC is in charge of coordinating Iraq's national security, intelligence and foreign policy strategy.

The statements came a day after the US forces bombarded headquarters of Hashd Shaabi's 45th and 46th Brigades.

An US military statement said that US forces attacked five bases of Kata'ib Hezbollah (KH) in Iraq and Syria in response to repeated attacks by KH against US-led coalition forces in Iraq.