WORLD Iraq, US agree on peaceful response to protests in Iraq

Iraq, US agree on peaceful response to protests in Iraq 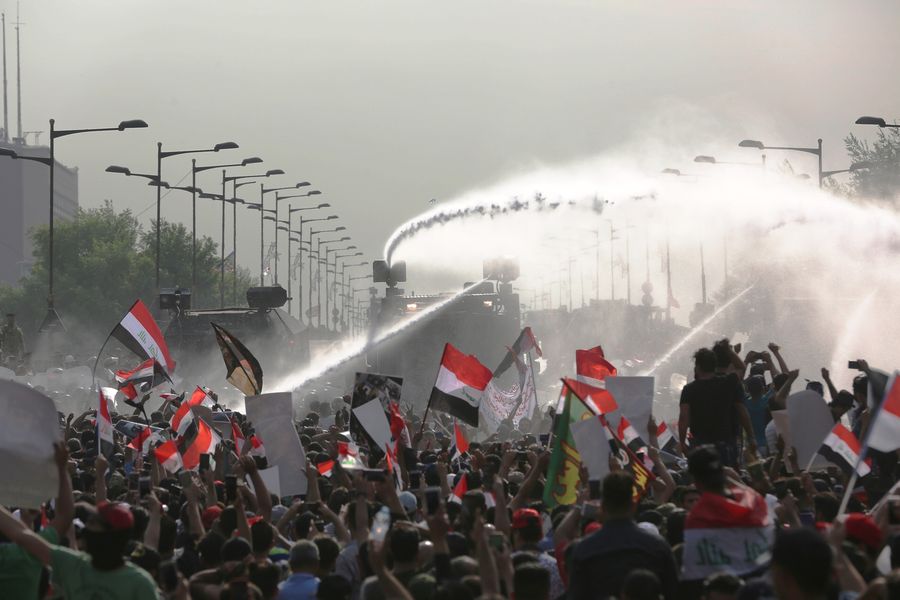 Riot police use water cannons to disperse protesters at the entrance of al-Jumhuriya bridge in Baghdad, Iraq, on Oct. 1, 2019. (Photo: Xinhua)

BAGHDAD, Dec. 9 (Xinhua) -- Iraqi President Barham Salih and US Vice President Mike Pence on Monday agreed that the ongoing protests in Iraq should be tackled without external interference.

Salih received a phone call from Pence and the two "discussed the current situation in Iraq and the region in general," said a statement by Salih's office.

Salih said the solutions to the current situation in Iraq should "be in accordance with the Iraqi national decision, away from external interference, and through peaceful means," according to the statement.

Pence affirmed his country's support for "the stability of Iraq and the aspirations of Iraqis for reform and peace, as well as the renunciation of violence," said the statement.

Pence also affirmed the "importance of respecting and protecting the will of Iraqis and their choices away from external interference," the statement added.

The phone call was made as mass demonstrations had continued in parts of Iraq since early October, demanding comprehensive reform, fight against corruption, better public services and more jobs.