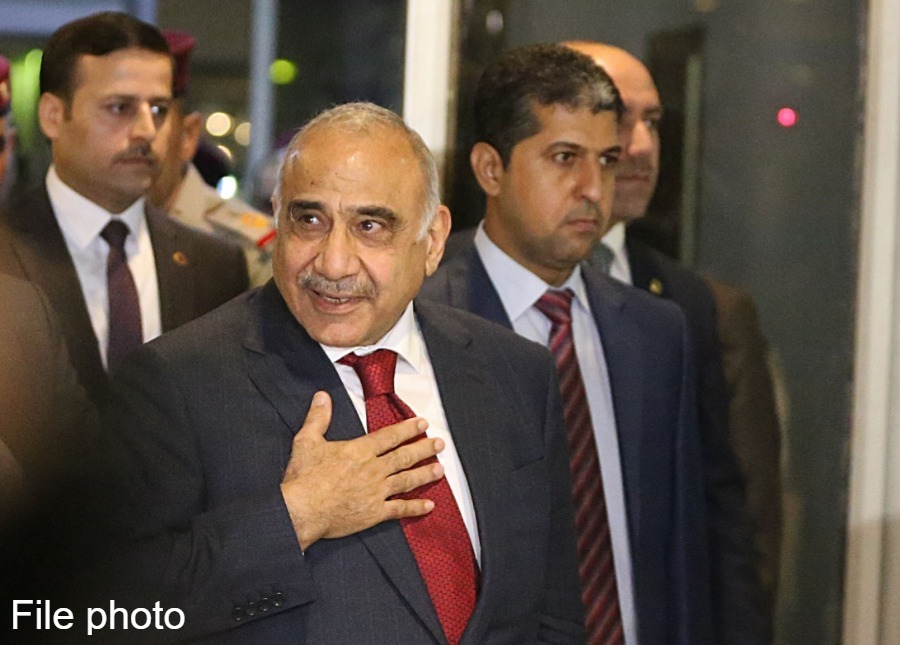 BAGHDAD, Dec. 15 (Xinhua) -- Iraqi caretaker Prime Minister Adel Abdul Mahdi on Sunday condemned the inclusion of Iraqi figures in a list of U.S. sanctions despite their role in combating the extremist Islamic State (IS) group.

"We reject and denounce the inclusion of the names of Iraqi leaders and figures known for their history and political role in the fight against the IS in sanction lists by countries with which we have relations and agreements," Abdul Mahdi said in a statement by his office.

He also criticized the Iraqi demonstrators for insulting well-known Iraqi figures as well as the leaders of the countries with which Iraq has relations and agreements.

"All these practices are harmful to Iraq and its people, encourage hatred and violence, damage the reputation of Iraq, and lead to dangerous results that are harmful to everyone and difficult to control," the statement noted.

During the ongoing anti-government protests in Iraq, some demonstrators burned and tore flags of Iraq's neighboring countries as well as the pictures of their leaders and clerics, in addition to tearing pictures of some Iraqi leaders participating in the political process.

Abdul Mahdi's remarks came a few days after the Office of Foreign Assets Control of the U.S. Department of the Treasury put four Iraqi figures, including Qais al-Khazali, leader of Asa'ib Ahl al-Haq militant group, or League of the Righteousness, on its sanction list.

The group was allegedly funded, trained and armed by the Quds Force, a unit in Iran's Islamic Revolution Guards Corps, during the U.S. occupation of Iraq in 2003 and later allied itself with the Shiite-led Iraqi government.