BAGHDAD, Nov. 20 (Xinhua) -- A commando force of the Iraqi Counter-Terrorism Service (CTS) conducted an operation against militants of the extremist Islamic State (IS) group in Iraq's northern province of Kirkuk, leaving 16 IS militants killed, the Iraqi military said on Friday. 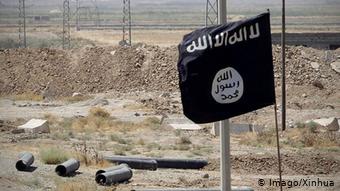 The CTS commandos, backed by international U.S.-led coalition aircraft, attacked IS hideouts in the rugged areas of Wadi-Zghaiton and Wadi al-Khanajir in the southwest of the namesake provincial capital Kirkuk, some 250 km north of the Iraqi capital Baghdad, Yahia Rasoul spokesman of the Commander-in-Chief of the Iraqi forces said in a statement.

The troops clashed with the extremist militants in their hideouts during the operation that began on Thursday night and ended Friday morning, killing some of the militants, while the others were killed by coalition airstrikes as they tried to escape from their hideouts, Rasoul said.

The operation came as the extremist IS militants have intensified their attacks on the security forces and civilians in the formerly IS-controlled Sunni provinces, resulting in the killing and wounding of dozens.

However, IS remnants have since melted in urban areas or deserts and rugged areas, carrying out frequent guerilla attacks against security forces and civilians.