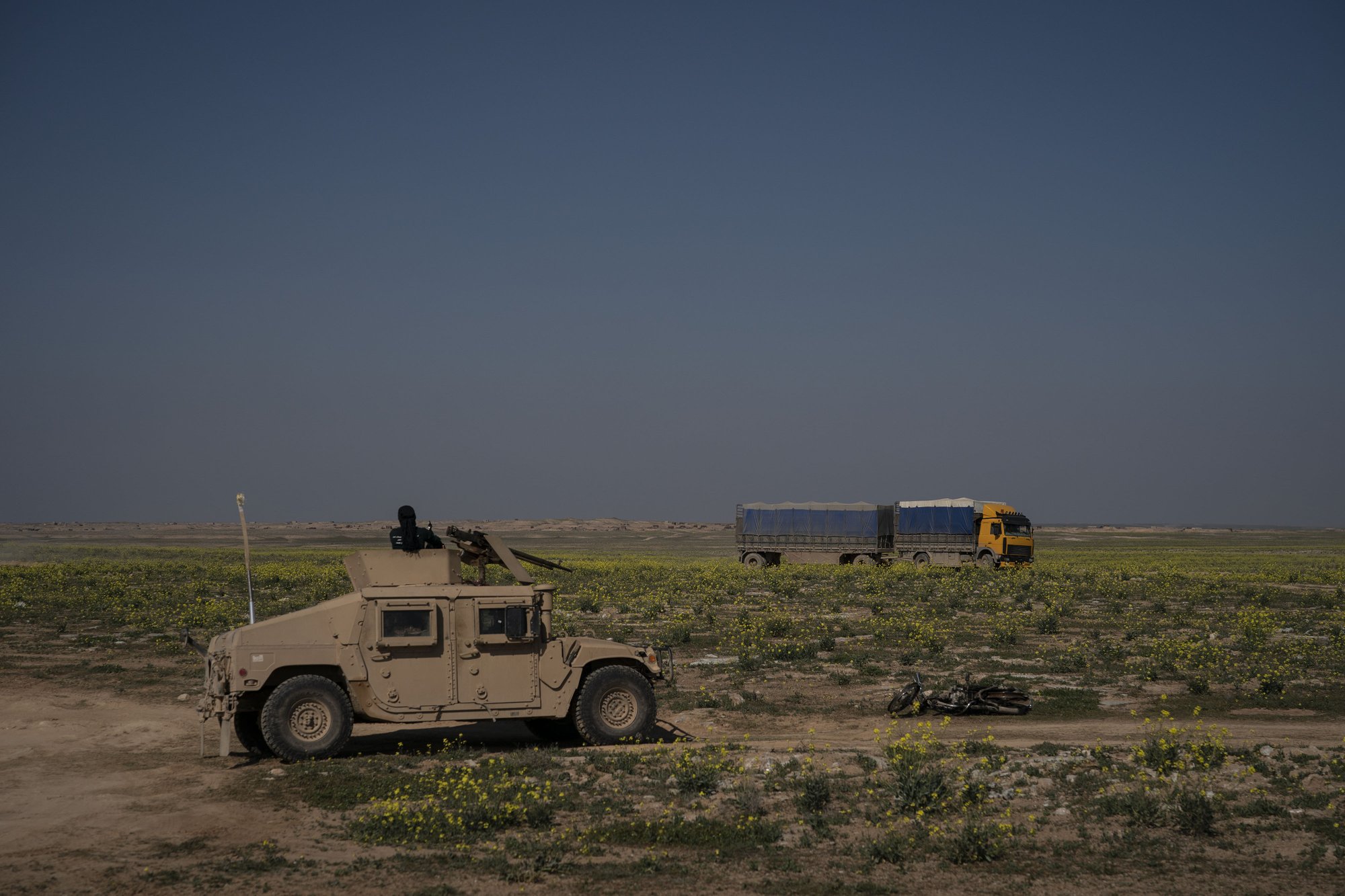 A US-backed Syrian Democratic Forces (SDF) Humvee stands by as a truck that is part of a convoy evacuating hundreds out of the last territory held by Islamic State militants, passes in Baghouz, eastern Syria, Wednesday, Feb. 20, 2019. (Photo: AP)

The dismantled cell members were tracked in more than one regional countries and that some of the group's members were Iraqis, the reports said.

Earlier in the day, Qateri al-Obaidi, leader of a paramilitary tribal force in Iraq's western province of Anbar, said that the US-backed Syrian Democratic Forces (SDF) in neighboring Syria handed over a total of 150 IS militants to the Iraqi al-Jazira Operations Command in western Iraq.

"The detainees were captured earlier by SDF during the battles of liberating the last IS stronghold in Baghouz area in eastern Syria," al-Obaidi told Xinhua.

"Most of the IS militants received by the Iraqi forces were criminals wanted by Iraqi authorities, for committing killings and torture against Iraqi civilians as well as fighting against Iraqi security forces," al-Obaidi added.

"The handover process between Iraqi forces and SDF was carried out through cooperation between the Iraqi army and the Iraqi intelligence service," he said.

Earlier in the month, the Syrian Observatory for Human Rights said that around 200 IS militants surrendered to the SDF as part of an undeclared deal in the eastern Euphrates.