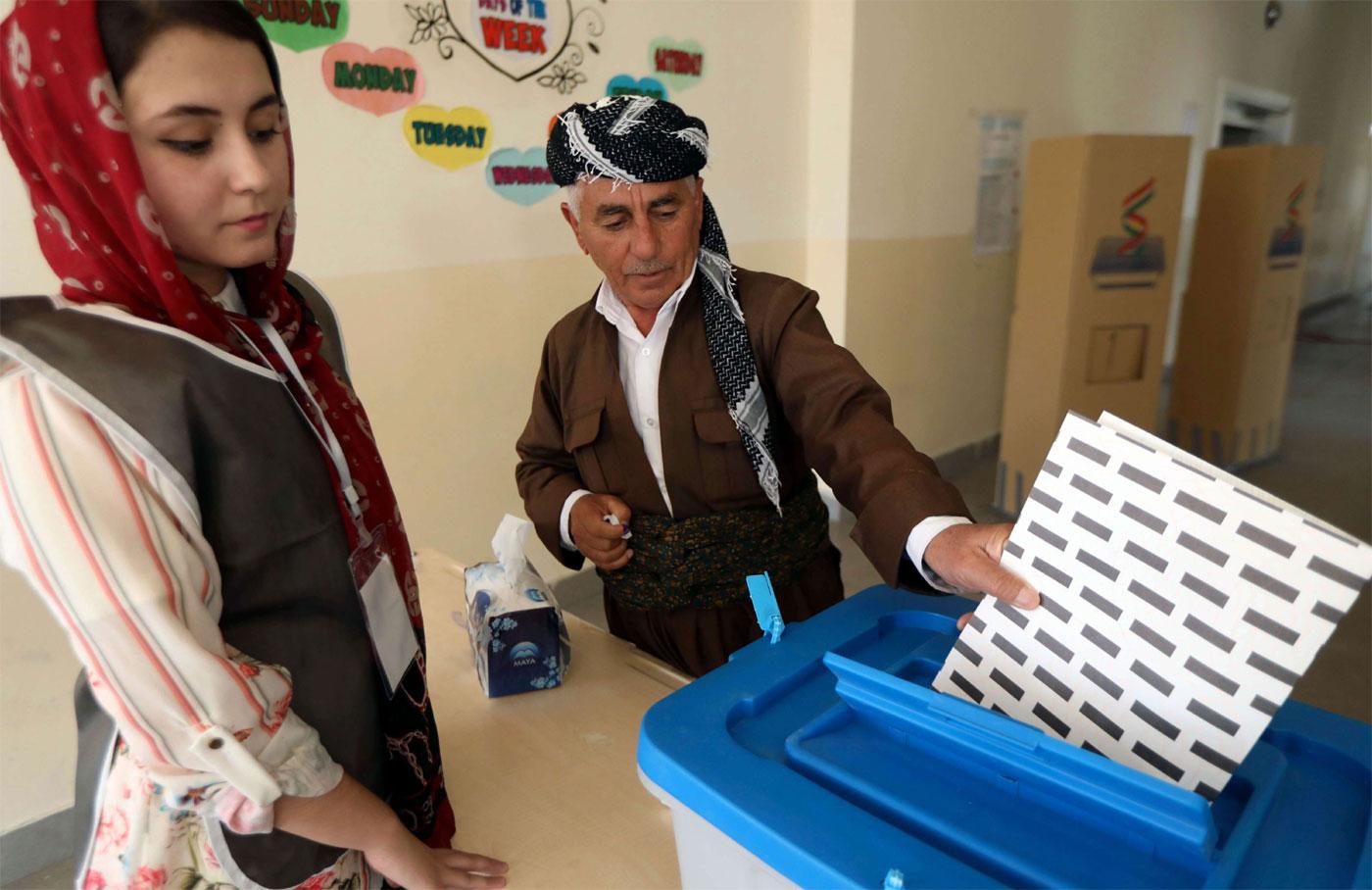 BAGHDAD, Sept. 30 (Xinhua) - The Iraqi Kurds on Sunday went to polling centers across the semi-autonomous region of Kurdistan in Northern Iraq to elect their parliament members.

Sherwan Zarar, spokesman of the regional Independent High Electoral and Referendum Commission, said the polling centers have opened their doors at 8:00 am across the region and to be closed at 6:00 pm.

He said the recount to start immediately after the voting and the result to be announced within 72 hours after the counting is finished.

Masoud Barzani, head of the Kurdistan Democratic Party (KDP), voted at a polling station in the early morning and told reporters that he wished "success for all political parties. We are all brothers and have to cooperate with each other."

"The nation will decide the weight of parties. At the end of the day, we are all at the service of the Kurds and Kurdistan," Barzani said.

Meanwhile, Nichervan Barzani, head of the Kurdistan Regional Government (KRG), casted his ballot early in the day in one of the polling centers in the regional capital city of Erbil.

Barzani encouraged the voters to go and cast their ballots to choose their representatives, adding that "I hope the results of the vote are respected because it's about the people's choice for a new parliament and government."

About 3 million eligible voters are expected to cast their ballots for more than 700 candidates within 29 parties and coalitions vying for the 111 seats in the regional legislature.

Under the quota system, the Kurdish political parties will take 100 seats, while the minority groups will share the remaining 11 ones.

The Kurdish parliamentary elections came more than four months after the Iraqi national elections on May 12, which were fraught with allegations of fraud and have yet to result in a new federal government.

The elections are the fifth of their kind since the Iraqi Kurds established the region in 1991.