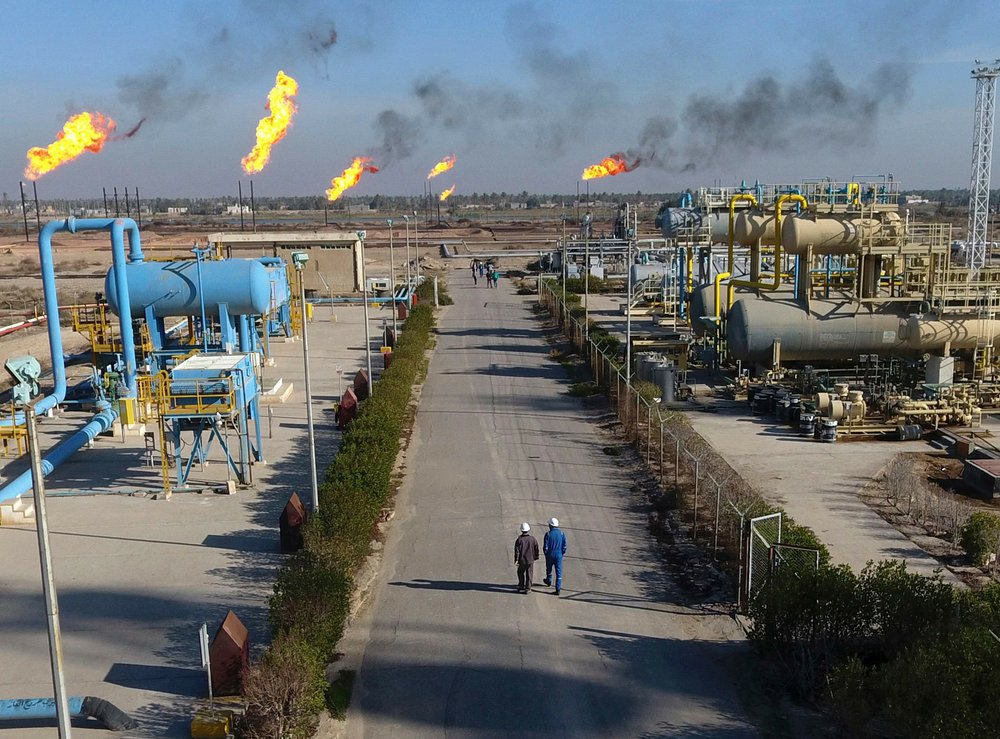 The United States has signaled to Iraq its willingness to extend sanctions waivers enabling the country to continue importing vital Iranian gas and electricity imports, three Iraqi officials said this week, a move that would be a key test of Baghdad-Washington ties.

A previous waiver, granted in October, is set to expire on Feb. 13. The three officials said the US State Department, which issues such waivers, has conveyed its readiness to extend the waiver for another three months — if Iraq is able to formulate a timeline by the end of the week, detailing a plan to wean itself off Iranian gas dependence.

“The American side has announced to us their readiness,” said one of the officials.

The officials interviewed are all senior members of Iraq’s government, including one who is close to the negotiations with the Americans. They spoke on condition of anonymity because they were not authorized to speak publicly about the matter before it becomes official.

The Iraqi officials said the new waiver would be a test of Baghdad-Washington ties after tensions soared following a Jan. 3 US airstrike near the Baghdad airport that killed a top Iranian general, Qassem Soleimani, and senior Iraqi militia leader Abu Mahdi al-Muhandis. Since then, Iraqi Shiite political leaders have pushed a non-binding resolution through parliament to pressure the government to oust US troops from the country.

Washington has responded to Iraq’s requests to initiate troop withdrawals with blunt refusal, even threatening primary sanctions that could cripple Iraq’s economy. Tensions have cooled in recent weeks, with both sides stepping back from saber-rattling rhetoric. rival Iraqi blocs in parliament have also selected a prime minister-designate, Mohammed Allawi, to replace outgoing Premier Adel Abdul-Mahdi.

Iraq remains highly dependent on Iranian natural gas to meet electricity demands, especially during the scorching summer months when imports account for a third of consumption. Late payments by Baghdad for Iranian power and gas have resulted in interruptions in recent years. In the summer of 2018, that was one factor that lead to destabilizing protests in the southern oil-rich province of Basra.

The US waiver enable Iraq to avoid penalties while paying Iran billions of dollars for energy imports. It has been granted successively since November 2018, when the Trump administration re-imposed sanctions on Iran.

Washington has used the threat of sanctions as leverage to push the Iraqi government to build up domestic power supplies and reduce dependence on Iran. Iraq currently flares vast quantities of gas because it lacks the infrastructure to capture it. It also has two gas fields in Anbar and Diyala provinces but development of those suffered major setbacks after the Islamic State group overran the areas in the summer of 2014.

The threat of sanctions had presented Iraqi officials with a difficult choice: end a vital source of electricity or be denied access to US currency. Iraq has billions of dollars in oil revenue at the Federal Reserve Bank in New York. Oil accounts for 90% of Iraq’s state revenue.

The Iraqi Cabinet moved toward placating Washington’s conditions to renew the sanctions waiver in late January, by approving six oil contracts awarded by the Oil Ministry in April 2018 that would boost domestic gas supply in over two years, according to a Cabinet statement on Jan. 23.

The contracts were passed, “within the framework of the government’s efforts to enhance self-sufficiency in energy and reduce dependence on imported gas,” the statement said.

Iraq’s caretaker government approved the contracts, which would include fields that could produce over 750 million standard cubic feet of gas per day in 36 months, the statement added.

“We expect to sign soon,” said an industry official from one of the three companies awarded the contracts. The official spoke on condition of anonymity in order not to compromise ongoing talks with the government.